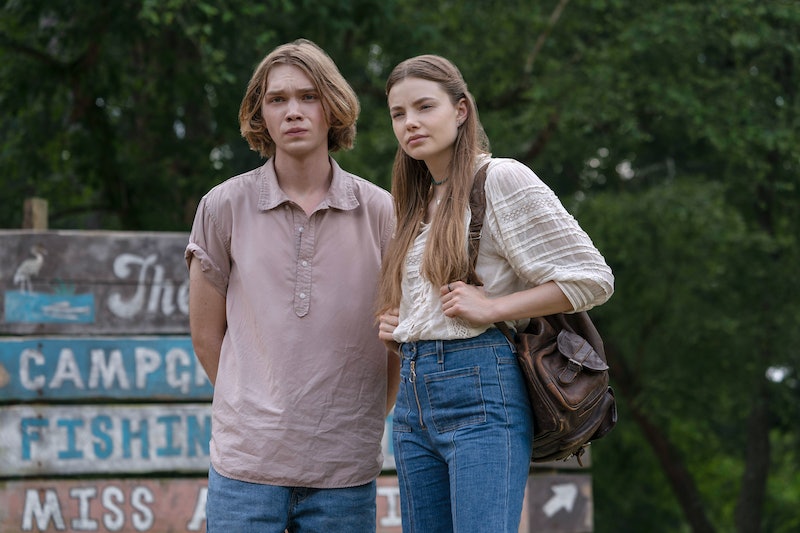 Author John Green's first and most intimate novel to date, Looking For Alaska, is not technically a true story, but it does draw heavily from his own high school experiences. Protagonist Miles "Pudge" Halter is a rough stand-in for a young Green, while Miles' friends Chip "The Colonel" Martin, Takumi Hikohito, and the titular Alaska Young all draw inspiration from people Green met, or knew of, at the private boarding school he transferred to as a teen. The defining incident at the center of the novel is also one based in reality.

As Green explained in a 2010 vlog, Looking for Alaska is about a boy from Florida who's "obsessed with the dying words of famous people," so he leaves home to go to a boarding school in Alabama, which mirrors what Green did himself. In the vlog, the author visits his old school, Indian Springs. "Looking for Alaska is fictional, but the setting really isn't," Green said. The school in the book is called Culver Creek, but it is almost "inch for inch the same place Indian Springs School was in 1995." This includes a wooden swing where Alaska and Miles have their first conversation, and a popular smoking hangout below a bridge that Miles and the rest frequent.

In a 2006 newspaper column, Green explained that he initially transferred to Indian Springs because he had a "pretty bleak" experience in middle school and was "massively unpopular." Being a high school freshman didn't make things any easier, so Green begged his parents to send him to Indian Springs, which members of their family had once attended. Green's parents agreed, and once he transferred, he said he found himself the "inveterate bad boy" of the school.

The rest of the characters are composites of people Green met at Indian Springs, including the mysterious and titular Alaska. Even if you haven't read the novel, the Looking for Alaska trailer is pretty explicit about the fact that there's an event that "changes everything" in the story. Without spoiling too much, Green was asked on his website if Alaska was based on someone he knew. He confirmed she was, but that he disliked answering the question because some of his old classmates were "understandably upset" about the ways in which the novel reimagines real events.

"I'm not going to deny that Alaska is in many ways an autobiographical novel, but I ignored the facts whenever it suited me," Green explained.

Green clearly has had plenty of time to reflect on, and pick apart, his own work. In an interview with Entertainment Weekly, he said that he's "baffled and grateful and slightly embarrassed" that his first novel is still such a hit. "In the first couple years after publishing [Looking for Alaska], there were things I found discomforting about it," Green said. "I think part of what people have responded to in the book is the nakedness of it, the lack of artifice."

More like this
Watch The Trailer For Netflix’s Edgy New Comedy 'FAKES'
By Brad Witter
The 'First Kill' Cast & Fans Are Disappointed Over The Show’s Cancellation
By Brad Witter and Sophia Moore
10 Must-Read New Books Out This Week
By K.W. Colyard
Candice Brathwaite Is Over Using Her Own Life For Material
By Shahed Ezaydi
Get Even More From Bustle — Sign Up For The Newsletter