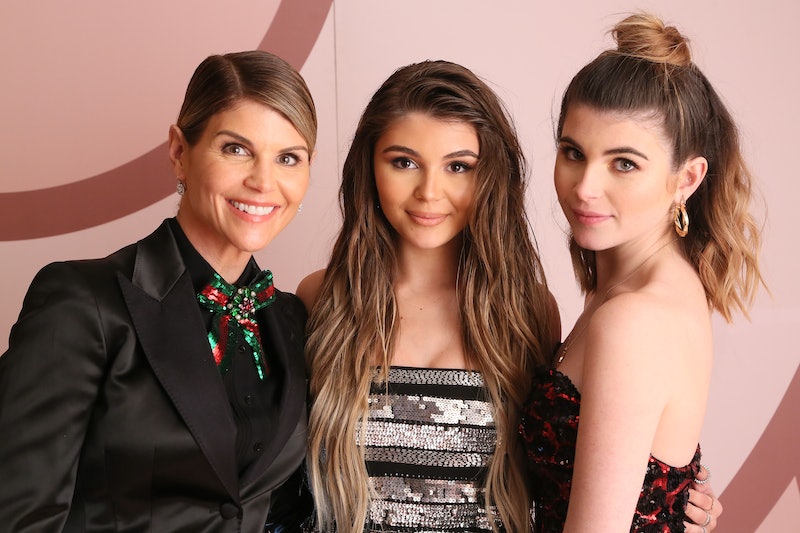 Aunt Becky's daughter has something to say. On Sunday, Dec. 1, Lori Loughlin's daughter Olivia Jade Giannulli returned to YouTube for the first time since the now-infamous college admissions scandal broke out. The YouTuber, who has over 1.9 million subscribers on the platform, posted a new two-minute video entitled "hi again," in which she finally addressed the controversy that she's been embroiled in.

For those hoping that Olivia Jade's return to vlogging would include inside details on her mother's case, think again. “Obviously I’ve been gone for a really long time and as much as I wish I could talk about all of this,” she began. "The reason for that is that I’m legally not allowed to speak on anything going on right now.”

Loughlin's case is currently ongoing. In March 2019, as part of an explosive FBI investigation dubbed Operation Varsity Blues, prosecutors accused Loughlin and her husband, designer Mossimo Giannulli, of allegedly paying $500,000 to a fake charity in exchange for the University of Southern California to admit Olivia Jade and her sister, Isabella Rose, by falsely designating them as new crew recruits. Loughlin and Giannulli have pleaded not guilty to two charges of conspiracy to commit fraud and conspiracy to commit money laundering.

This new video comes off the heels of Loughlin and Giannulli pleading not guilty to a third charge, which accuses the couple of allegedly bribing USC faculty members to get their daughters admitted. They face up to 45 years in prison for their collective charges.

Meanwhile, Olivia Jade lost several brand endorsement deals as a result of the controversy, and she reportedly left USC. She also took a break from her career as an influencer, but, given her return to YouTube, it seems she's ready to put herself out there again.

Despite the legal mayhem, after a months-long hiatus from YouTube, Olivia Jade said she was excited to start vlogging again, despite debating to herself whether it made sense for her to make videos again without being able to speak about the case. “I wanna come back because I wanna come back," she explained. And though she made it clear that she wouldn't be able to talk about her parents' legal troubles in the future, she ended her video by promising to return with new vlogs soon.

More like this
Olivia Rodrigo Manifested Finally Meeting Demi Lovato
By Jake Viswanath
Reese Witherspoon Confirms This Fan Favorite Will Return For 'Legally Blonde 3'
By Jake Viswanath
Taylor Lautner Copped To Finding Jacob "A Little Annoying" In Twilight
By Stephanie Topacio Long
James Cameron May Come To Regret His 'Titanic' Door Experiment
By Stephanie Topacio Long
Get Even More From Bustle — Sign Up For The Newsletter
From hair trends to relationship advice, our daily newsletter has everything you need to sound like a person who’s on TikTok, even if you aren’t.