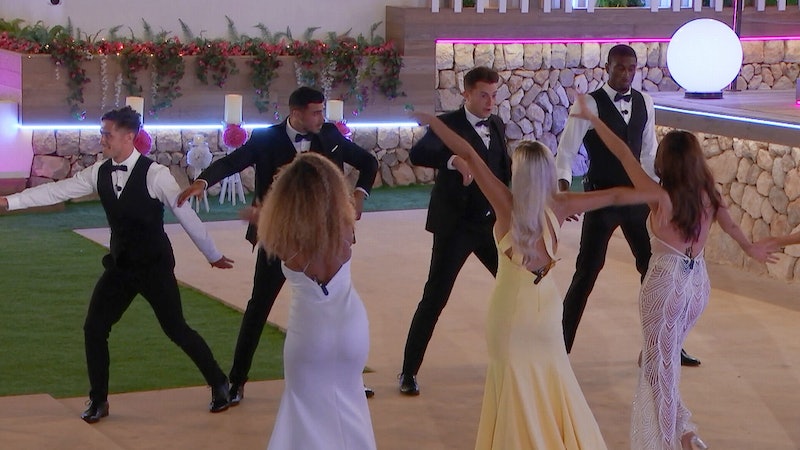 Love Island 2019 is finally at its end. No, don't you cry. Babes just think about the good times and let them sink in. You deserve to reminisce, celebrate, and of course LOL at all of the ridiculousness, the peaks, the troughs, the ups, the downs, and all those pies. I mean who could possibly forget two pies for the price of one? Or what about gas lighting so intense that you might have considered calling British gas? But the memes and tweets above all are worth remembering. And the Love Island 2019 final memes and tweets are everything.

Love Island is perhaps one of the only instances where it is completely acceptable to scroll social media the whole way through a show. Actually it is low key essential. Because all of those memes and tweets will only enhance your viewing experience. It's just science.

Obviously on the big night itself, the final we have all been waiting for, Love Island was the number one trending topic on Twitter. What else would you expect considering the actual millions of fans that have been tuning in this whole time. If only to be thirsty for Ovie, to laugh at Maura being "thick [tick]" with people, or in the hope that someone would fly off the handle.

Some fans noticed something a bit out of sorts about everyone jumping into the pool.

Host Caroline got a bit of Flack after leaning in to "dead ting."

Other viewers were a bit peeved about some of the questions she asked.

When those letters got read out, there was a heck of a lot of feels. But let's be real, they weren't the biggest emotional scenes in the show.

There's no denying it's been a super emotional time. Greg's poem about Amber was actually staggeringly gorgeous.

And when Ovie spoke about how much he respects his "little sister" Amber.

I mean when Ovie got kitted out in that suit it was enough to get millions of people running to worship him.

Viewers haven't been afraid to say what they want from the final. And TBH, same.

It's clear that the future is bright for all of the contestants this year, some in particular are going to be serious success stories.

Was this an accidental reveal or just an educated guess.

And fans rejoice! Greg and Amber being crowned winners is just about the happiest ending we could ever have asked for.

With all of this excitement after a season of ups and downs, the mourning for its loss is real. Luckily they are going to be doing a winter version in Cape Town. Can it come soon enough? No it cannot. See you in January, folks.