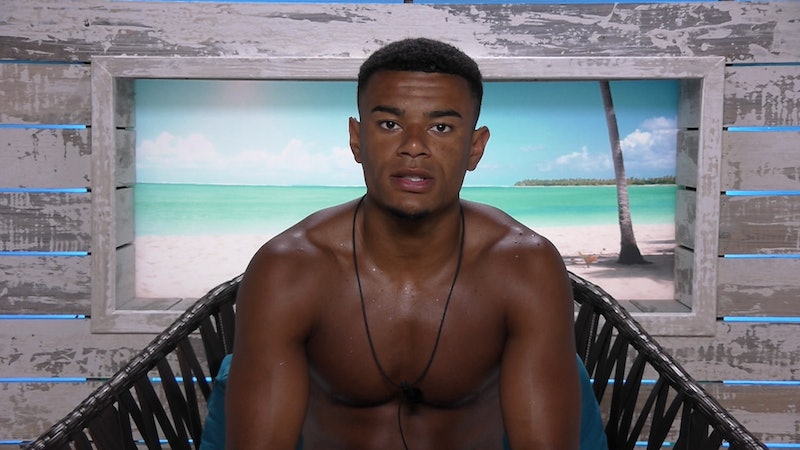 Love Island has its fair share of faults, but one that seems to be flying almost completely under the radar is its low key, institutional racism. It started from the very first day in the villa when Samira told Hayley she was a dancer, only to receive the response, "Can you twerk?". It continued when Georgia told Josh her type was "mixed race" guys, and it reared its ugly head again in Monday's episode with new arrival Ellie saying the same thing to Wes. These Love Island mixed race comments aren't OK. Look — I know it might seem like this is a compliment, but it actually couldn't be further from it. Here's why.

When you say that mixed race people are a "type" you are saying they all look similar or share similar characteristics. You are making a ginormous generalisation based on stereotypes. Mixed race people aren't a single ethnicity, something that's kinda obvious from the name. They can be a mix of all different ethnicities, not just white and black, but white and Asian, black and Asian, Arab and white, Arab and black, and so on and so on. You get my gist, there are endless different combinations and often with a mix of several different ethnic groups, not just two.

When you say mixed race people are your "type" you are lumping all of these different ethnicities into one, and by doing so, you're denying their separate identities. If you're still struggling to understand why it's so weird, imagine if someone came into the villa and proudly proclaimed that "white people" were their type? It would never happen, and why? Because we're able to acknowledge that all white people don't look alike, so we use more specific details to distinguish them. And when we do, we're acknowledging their individuality and humanity.

If you're going around saying that mixed race or black people are your "type," you might want to think about why that is (and then stop). Again, it seems like the opposite of racism to be attracted to someone who belongs to that group, but it really isn't that simple. Attraction based on someone's skin colour alone, as stated above, plays into stereotyped ideas about that group. It's a harmful form of fetishisation, where the attraction is based on preconceived notions of that particular group's characteristics rather than someone's unique traits.

Again look at "mixed race" vs "blonde hair and blue eyes" as a type. Would you say Wes and Josh are the same "type" in the way that Laura and Ellie are? Unlikely. So an attraction to them both as "mixed race" reduces them to nothing more than their ethnicity.

No matter how positive the generalisation, stereotyping is always harmful. As a mixed-race person, I know how minimising it can be. My drink of choice back in uni was Malibu (judge away, it's delicious), and I lost count of the amount of times that guys told me it was perfect because it was exotic just like me. Here's an idea, if you want an exotic experience, grab a glass of tropical fruit juice and leave me alone. It's also incredibly minimising to be confused for other members of your ethnic group, as Thandie Newton and Zoe Saldana recently were by Victoria Beckham.

Mixed race as a "type" does both of these things. It demonstrates an inability to look past people's races and instead at the traits that make them unique. But it also sets the mixed race person up as an "other," because unlike white people we apparently don't need to be defined as individuals. So essentially it's not affording mixed-race people the same respect as we do white people, and I shouldn't have to tell you why that's wrong. But I'm going to anyways, it's called racism. So the next time you hear someone saying their type is mixed-race, maybe ask them what they mean by it. And if you've previously given your type as mixed race, you might want to think about seeing your potential dates as people, rather than an ethnicity.