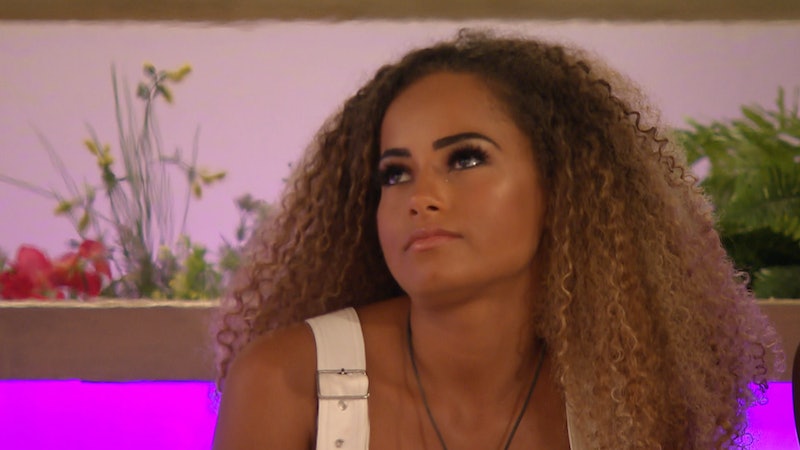 Only a week in on Love Island and it seems like some people are already utterly infatuated with each other. SO much so that they would do anything for each other. Well, more like for one lady in particular. Lucie seems to be the main source of desire for the men in the villa. However, it's one contestant's reaction to being chosen as second best which is making her stand out. Yes, Love Island's Amber is an icon and I think her behaviour is something to look up to.

Now don't get me wrong, she has been a bit mean to Callum. They clearly don't click and that's completely fine. Not everybody works. But saying that he's old for being 28 is pretty ridiculous. However, how she's stood up to both Joe and Tommy has been utterly iconic.

Both of them have been about as blatant as you can be by going after her when they felt they weren't in Lucie's good books. And how has Amber responded to their advances? By pulling them up straight away on their slimy behaviour.

When Tommy made moves, he went in confident, telling Amber it was 50/50 between Lucie and her. Amber totally shut him down. Every time he tried to push it further, she shut him down. Even when he tried to explain that he really likes her direct sassiness, she wasn't having any of it. The sound of millions of fans snapping their fingers and yelling "get it girl" were heard across the globe. She made him work for it so much that afterwards, he confided in Curtis that it was "hard work".

Amber explained in the beach hut that she's well aware of his BS and is basically not about to take it. Ugh this woman needs to write a book on dating. "Tommy hasn't spoken to me all day, which is fine. But then Lucie tells Tommy that she wants to sort things out with Joe and then Tommy makes a beeline for me. Like I'm not daft, I know what you're doing," she told the camera.

Did Tommy give up despite being shut down again and again? Nope. He kept on cornering her and trying to get into these really full on conversations about what he wants and how he likes her. Amber was the voice of the nation and reason when she pointed out how awkward and intense these kinds of chats are.

So not only is she dealing with Tommy making moves after being slightly pied off by Lucie, but Joe has been at it too. Initially, she was far more receptive to his advances, pointing out that they are both very single so why the hell not? He even said a few kind of charming lines that she lapped up.

"You're pretty vague and the only person you say you half fancy is a common idiot from South East London. You are probably the kind of girl I would go for".

Just as he is going on about how much he thinks she's loyal, Lucie interrupts their conversation asking to chat with him. To which Amber rightly responds

As sadly often happens with women who stand up for themselves, some viewers are calling Amber rude and, as you can imagine, worse.

However I for one think her directness, sassiness, and zero time for guys' BS is refreshing and the antidote to any F-boy behaviour on this season of Love Island. So, I'll be rooting for her every step of the way.