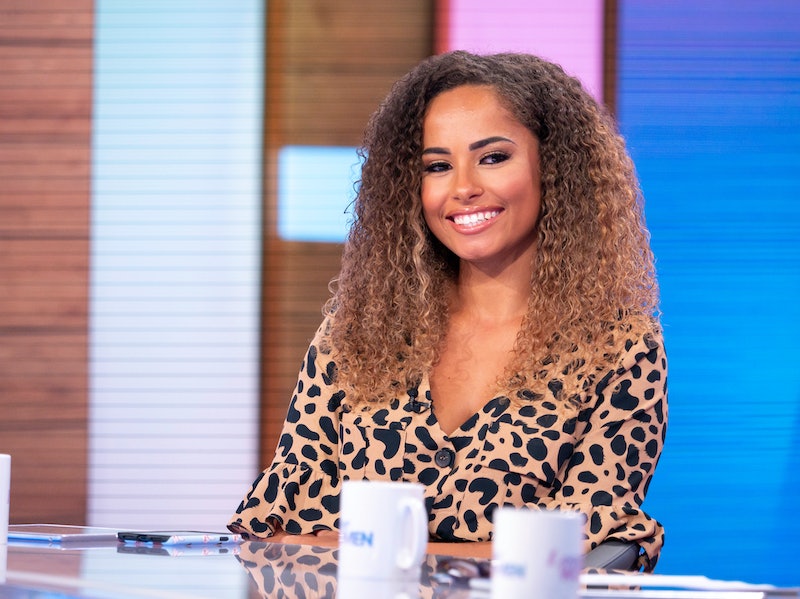 After reports that Love Island 2019's winning couple had parted ways last week, Amber and Greg confirmed the news and have been pretty open about it during recent talk show appearances. Most recently, Amber Gill spoke about her and Greg's split and addressed those rumours about being dumped by text in her classically candid style.

Appearing on ITV's Loose Women yesterday (Sep. 9), Gill had the opportunity to set the record straight and tell her side of the story. "Obviously I'm really disappointed, I wasn't expecting it at all," she said to the panel. "I was due just that weekend gone to fly out to Dublin to spend the weekend with him, and we were going on a TV show together, and on that day I had to cancel because it wasn't working out." Gill added:

"The careers and the distance was always a factor, like it was always something that we knew about. So I don't know what changed, and I kinda wanted to make it work, but it is what it is really."

Panellist Jane Moore then prompted Gill to talk about whether O'Shea's recent appearance on the Irish Late Late Show was the one they were planning on doing together. It was, and Moore also mentioned how O'Shea, joined by islander Maura Higgins, spoke about their split was mutual and that the breakup wasn't done over text — despite what had previously been reported by Metro.

"From my point of view, I kinda still wanted to make it work. There was a call a few days prior just chatting, not specifically to do with that. But definitely on that day, it was like a text," she explained. "We were texting each other, but that's why I had to cancel the trip."

Gill then went on to explain how she wanted to improve their relationship, due to them being frequently being apart from each other due to work, and how that eventually led to the split. "All I wanted was a bit of effort from him to come to London or Newcastle to come and see me, and I just was like 'Aw I'm gonna have to give up if you don't put the effort in', and [he] was just like 'OK, bye'."

Moore also mentioned how O'Shea spoke about how their relationship status could very well change in the future, and Gill seemed to be too. "He's a lovely guy, but I'm not sure what's going to happen in the future, really. You can't say can you, but it's a bit of an odd situation at the minute."

At least Gill has got a solid support system in place, as she's moved in with fellow islander Anna Vakili who has been her rock over the breakup. "I've just been talking to her," Vakili said at the TV Choice Awards. "Whenever she feels down or upset I talk her through it and let her know that most women have gone through it at one point in their life, time is a healer, and she will be okay."