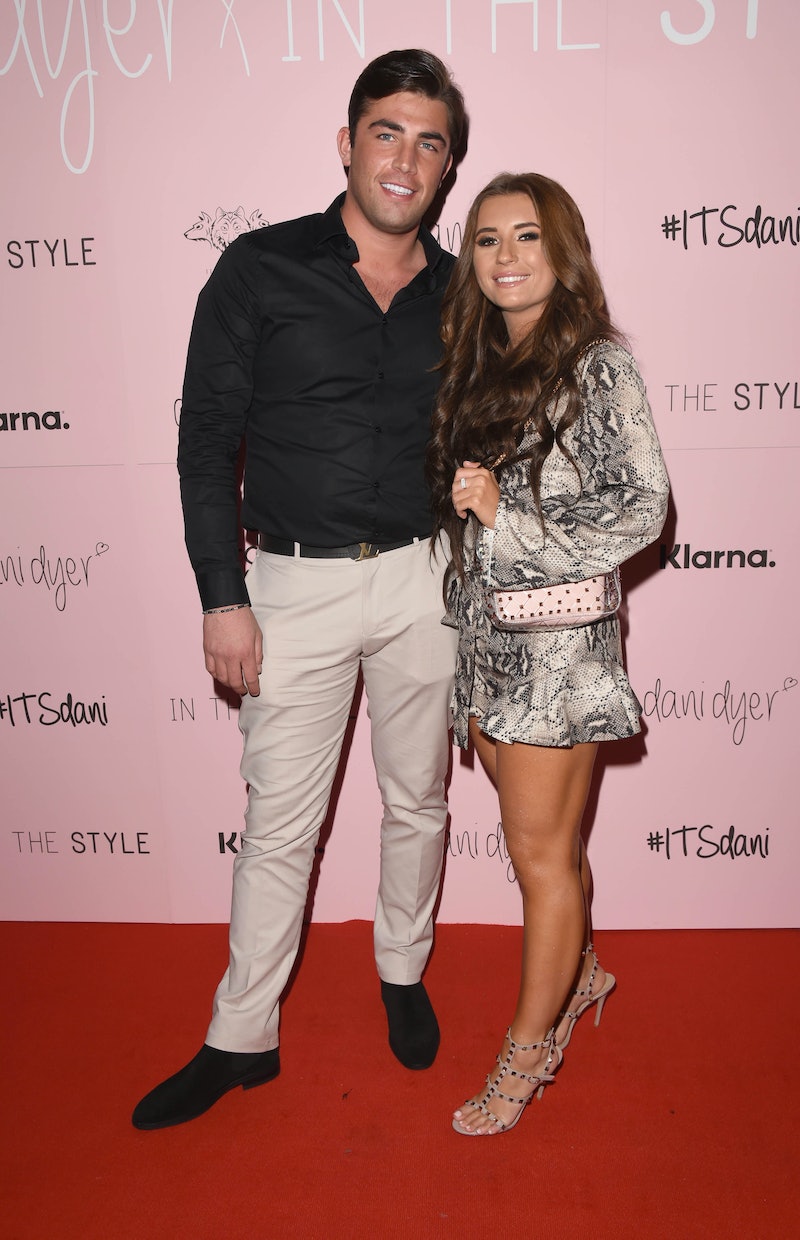 A significant chunk of the UK watched — in minute detail — Love Island's Dani Dyer and Jack Fincham fall in love on their TV screens last summer. Things proved a little tougher for the couple outside the villa, however, and the pair even broke up in December before ultimately reuniting. Now, in a candid new interview, Dyer has spoken about adjusting to life outside of the Love Island "bubble" — and making a TV-perfect relationship work in the real world.

Speaking to The Sun's Fabulous magazine, Dyer explained, "I think on Love Island everything is speeded up. So within two weeks you’re talking about your feelings and telling someone you like them, whereas it takes months to get there in the real world."

"In the villa it’s beautiful, and in the moment everything is so perfect," the reality star and actor said. "Things are more difficult in the real world. That’s where you get to know the person and you learn their faults."

"On Love Island everything is done for you so you don’t have to think about anything. Then suddenly you come home and you’re arguing and bickering and silly things become an issue. We’d both come out of a bubble and were trying to adapt to this new world," she said.

Dyer also discussed the public reaction to her brief separation from Fincham in December. Breaking the news in an Instagram story, she wrote, "Jack and I have sadly decided to part ways. It's been an incredible six months, and we will always have a place in our hearts for each other, but we've sadly come to the realisation that it's not meant to be long term. We both plan to stay friends. I hope you'll all understand."

When the pair reunited, some reacted with scepticism, suggesting they were together for the sake of commercial deals. Speaking to Fabulous, Dyer dismissed the speculation, saying, "I have never been that sort of person. I would never get back with someone for 'deals' that we never had anyway." She stressed, "I would never get back with someone because of that. That would be pathetic. We got back together because we wanted to."

Dyer also explained the couple's decision to stop living together after the lease on their shared London flat was up; Dyer now lives in Essex, whereas Fincham lives in south London. "Jack didn’t want to live in Essex and I didn’t want to live in south London so we thought we’d both get our own places and live between them," she said. "We’re building [the relationship] back up slowly. We’d both moved out of our areas and to Wapping together, where we had none of our home comforts."

The couple's spin-off reality show, Jack and Dani: Life After Love Island aired in January, but according to Dyer, you won't be seeing their relationship on TV in the future. "We won’t ever be doing another show again," she tweeted. "Too many opinions and judgements. Keeping everything to ourselves from now on." And speaking to Fabulous, Dyer reiterated their decision. "We’re now trying to keep things personal, because that’s how things last," she said.