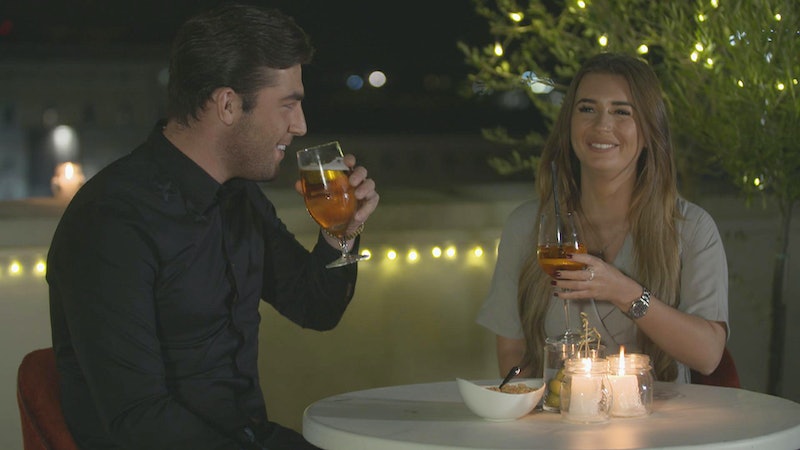 They were the couple to come out of Love Island 2018 and every day that they have been off my TV screen I've missed them. Whilst they may have had their ups and downs since coming out of the villa it seems like nothing can stop Dani Dyer and Jack Fincham. With numerous sponsorship deals, a radio show, and clothing collections between them I doubt they've had time to stop since winning Love Island. Their new show starts on Jan. 7 but when was Jack and Dani: Life After Love Island filmed? The pair have made it no secret that things haven’t always been easy post-Love Island but their new reality TV show gives fans an insight into exactly what that means.

It has been six months since Dani Dyer and Jack Fincham were crowned Love Island 2018 winners, and became national sweethearts. I, along with the rest of the nation was invested in their love story from the moment Fincham shot a pearly white smile at Dyer. So naturally, when I heard Fincham and Dyer were getting their own spin off series I could have exploded with excitement.

I contacted a representative at ITV to establish exactly when filming for Jack and Dani: Life After Love Island took place and will update this piece when I hear back. The Mirror reported that filming for the show started in Sept 2018. So, there really was no rest from the cameras for this pair.

Fincham and Dyer are one of the last-standing pairs of Love Island 2018 and from the teaser trailer for their new show it isn’t hard to see why. Posting the teaser clip up on her Instagram for her 3.5 million follows to watch they banter with each other about what it is really like living together now they don’t have the luxury of the villa anymore.

So, what can you expect from Jack and Dani: Life After Love Island? The miniseries will run for three nights from Jan. 7 to Jan. 9. Each episode will be an hour long and will be a little, fly-on-the-wall insight into what life has been like for the pair after winning one of the biggest British reality TV shows. And if you are looking for a bit of Danny Dyer Snr banter with Fincham then you will not be disappointed. Both of their families are set to make an appearance on the three part special.

A representative for the show told the Mirror "the series covers them as they settle into their new flat, buy a new puppy, launch their various business ventures…Obviously the brief split will be addressed as well." Whilst the pair split up very briefly at the end of 2018 it would appear they are more loved up than ever.

Like their Love Island peers Fincham and Dyer have been rushed off their feet since leaving the villa and shooting to fame. Among numerous magazine cover shoots, brand sponsorship's, and appearances in the Nativity: The Musical Dyer has also written a book and collaborated with In The Style so she’ll have you ready for any occasion, from the gym, to the club. Speaking about the new TV show on her Capital Breakfast radio show she said, “Yeah, we’ve just sort of started. It’s exciting. It is hard work though, it’s sort of back to all that again ain’t it? I’m like ‘oh no Dan, here we go again'."

It was impossible not to fall in love with Fincham and Dyer during Love Island 2018 and I can’t wait to see what they have been up to since leaving the villa. There is no denying it, they have been massively successful off the back of the show and I have a feeling it's going to provide nosy fans like myself with all the details of their new life we've been craving.