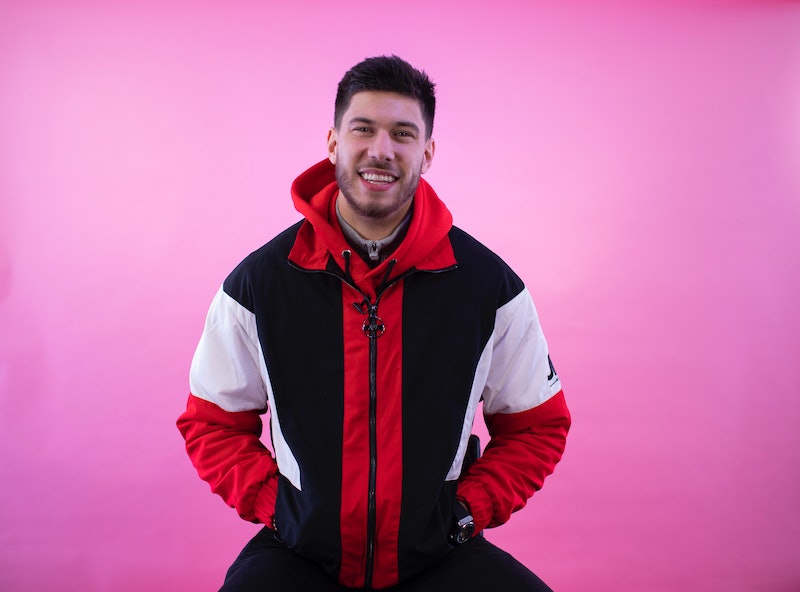 Figuring out what to do after appearing on a smash hit show like Love Island can be a bit of a bind. Especially if you're keen on a career in the arts, which is competitive at the best of times. So news that Love Island's Jack Fowler is launching a music career is pretty huge.

The reality star spilled the beans, and the beats, when he spoke to the Mirror on Tuesday (Oct. 1). He responded to their questions about what he's up to at the moment by saying he didn't want to reveal much about his new career move but that it's well underway. "I've just had a track, I've just done a single," he told the paper. "I've been in the studio. There's no spoilers but I've done a track and I've done a music video."

The star was pretty private about the new track but he did give the Mirror a slight hint at what flavour to expect: "It's R&B, kinda slow jam, kinda for the ladies — smooth vibes."

Fowler hasn't revealed any sort of release, but we reached out to his representatives and will keep you up to date with any news.

But guys, the former Love Islander did share that singing isn't a new thing for him. In actual fact, the reality star has long been interested in a bit of a warble here and there. He let the Mirror in on his now not-so-secret musical prowess: "I used to sing as well when I was a younger kid, so I think it'd be a wicked chance to display my talent."

But, the question is, with all these smooth vibes about to come at us, does Fowler have the smooth moves to match? Well seemingly yes, he would consider himself a very good dancer and, speaking to the Mirror, he cast out the net for another potential work opportunity. To be on the biggest dance show in the UK. "I'd love to do Strictly, I'd love too," he said. "I love dancing and I've danced a long time."

Oh my days! Quite the jump from the Love Island villa's pool onto the Strictly dance floor. But it's not too hard to imagine, as another reality star, Jamie Laing, recently got picked up to take part in the legendary BBC1 series. Sadly, however, Laing had to pull out of the show due to a foot injury.

Although Fowler might be getting stuck into a whole new career, he's not the only Love Island star getting in on the action. The line up for X Factor: Celebrity has been announced and among the contestants taking part there are some other stars of the show. And not as solo acts, hell no. As their own flipping band. I know, I can't breathe either. "The Islanders" is made up of Zara McDermott, Eyal Booker, Samira Mighty, and Wes Nelson.

Did someone say Love Island Christmas number one? Well, stranger things have happened.