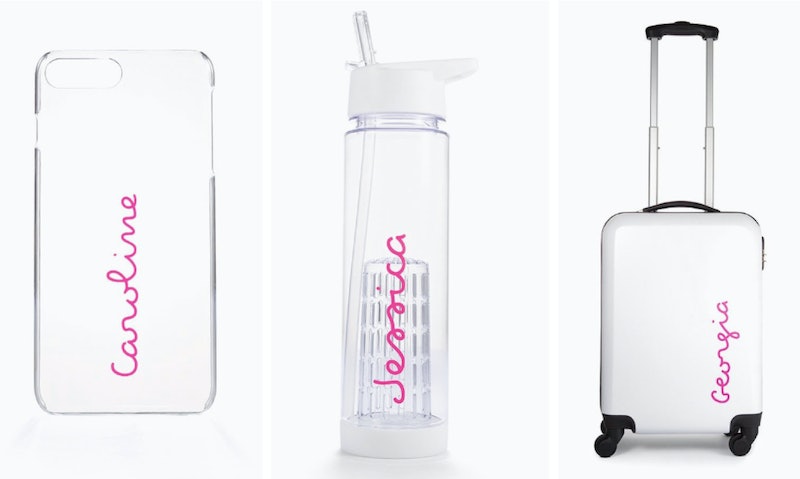 Getting involved with Love Island is a bit of a risky business. Not only is will is eat up your evenings for the whole summer, but will also potentially lead to becoming completely immersed in the world of the villa and everything about it. I bet you will find yourself becoming low-key obsessed with the styling. And I don't just mean the islanders' swimwear, I mean the merch that they get along with their starring role. So guys, you will be revealed to know that buying the official Love Island merchandise is easier than you might think. Because, the internet.

In the way a dog isn't just for Christmas, Love Island isn't just for summer. Oh no. So you should be stocking up for the whole year in preparation for all of your friends' and family members' birthdays as well as kitting out your favourite person. And by that I of course mean yourself.

The online store makes available lots of the bits and bobs you see on the show as well as some other things you totally didn't know you need.

Hold the phone, shut the front door, and say AY if you are about to drop your entire pay cheque on this stuff. AY!

And, if you're interested in more than accessories, it's also super duper easy to get your hands on the swimwear you see on screen, including Lucie's pink surfer suit and Yewande's gorgeous jungle print bikini, both of which the girls were seen rocking the 2019 promo shoot.

Oh, and it doesn't stop there. Oh no. Because if you found yourself feeling pretty envious of Flack Attack's stunning denim dress seen in the opening ep of this series, you're in luck. Well, if you have £498 lying around, that is. But fear not, there are plenty of cheaper alternatives to re-create the look with, including one from Missy Empire. Phewf.

Anyway, back to merch. Because once you have the clothes, you need to extra bits to go along with it, right?

Here's my rundown of the best items from the official Love Island merch line.