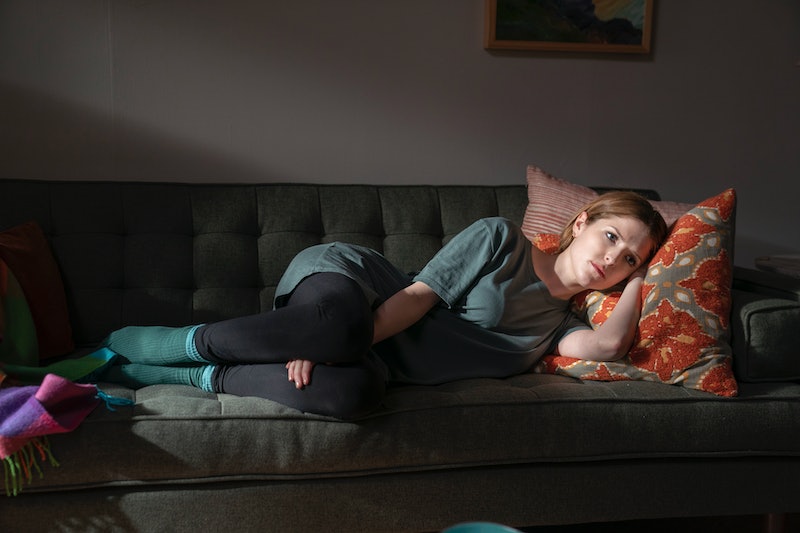 Update June 11: It's official: Love Life has been renewed for a second season. According to a release from HBO Max, the New York-based Season 2 will focus on "a new character’s journey — one which explores what happens when you’ve lived your whole life knowing who your soulmate is, only to find out years into a marriage that it’s not the right fit at all. The new season will also cleverly key off characters in season one, and “Darby” (Anna Kendrick) will appear occasionally." Our original post appears below.

Paul Feig, producer of the romantic comedy series Love Life, insists that series star Anna Kendrick earned her executive producer credit on the HBO Max hit. “It’s not just a vanity title for her at all,” he told The Wrap. From the moment Kendrick signed on, she was pitching ideas based on her own relationships and the relationships of people she knew. But with her character Darby happily paired off at the end of the first season — the omniscient narrator assures us, “This was her person and would be for what remained of her days” — and Kendrick’s own love life already tapped for inspiration, is there any runway for Love Life Season 2?

Feig says the answer is yes. In fact, the creative team, including co-showrunners Sam Boyd and Bridget Bedard, pitched their new concept to an encouraging HBO Max, though Feig has said they're still waiting for the official green light. Rather than track Darby's happily ever after, subsequent seasons will function like a loosely tethered anthology, with familiar faces from previous seasons popping up to lend cohesion to the show.

Specifically, the LA Times reports Season 2 will focus on a “side character” from Darby’s timeline, though that person's identity hasn’t been confirmed beyond stipulating it won’t be another straight, white woman at the center of the story. If the show is renewed again, “future seasons would showcase different perspectives, of gender, race, sexual orientation or age,” Bedard told the paper.

Bedard also said the show’s writing room staff would be rotated to reflect the diversity of the show’s leads, still keeping in mind what's happened before. “It’s always gonna have some ties to our previous season so that we can keep that continuity but in very surprising ways," Feig told The Wrap. “In ways that you wouldn’t expect, but in ways that will be very satisfying to the audience.”

More like this
Here’s Why Danny Masterson’s Hyde Isn’t In 'That '90s Show'
By Brad Witter
The 'Freeridge' Cast Shared Their Hopes For A Potential Season 2
By Grace Wehniainen
Netflix Shut Down 'Bridgerton' S3 Rumours About A “Very Dark” Storyline
By Bustle
'Bridgerton' S3 Will Show A *Very* Different Side To Kanthony
By Sam Ramsden
Get Even More From Bustle — Sign Up For The Newsletter
From hair trends to relationship advice, our daily newsletter has everything you need to sound like a person who’s on TikTok, even if you aren’t.

This article was originally published on June 11, 2020