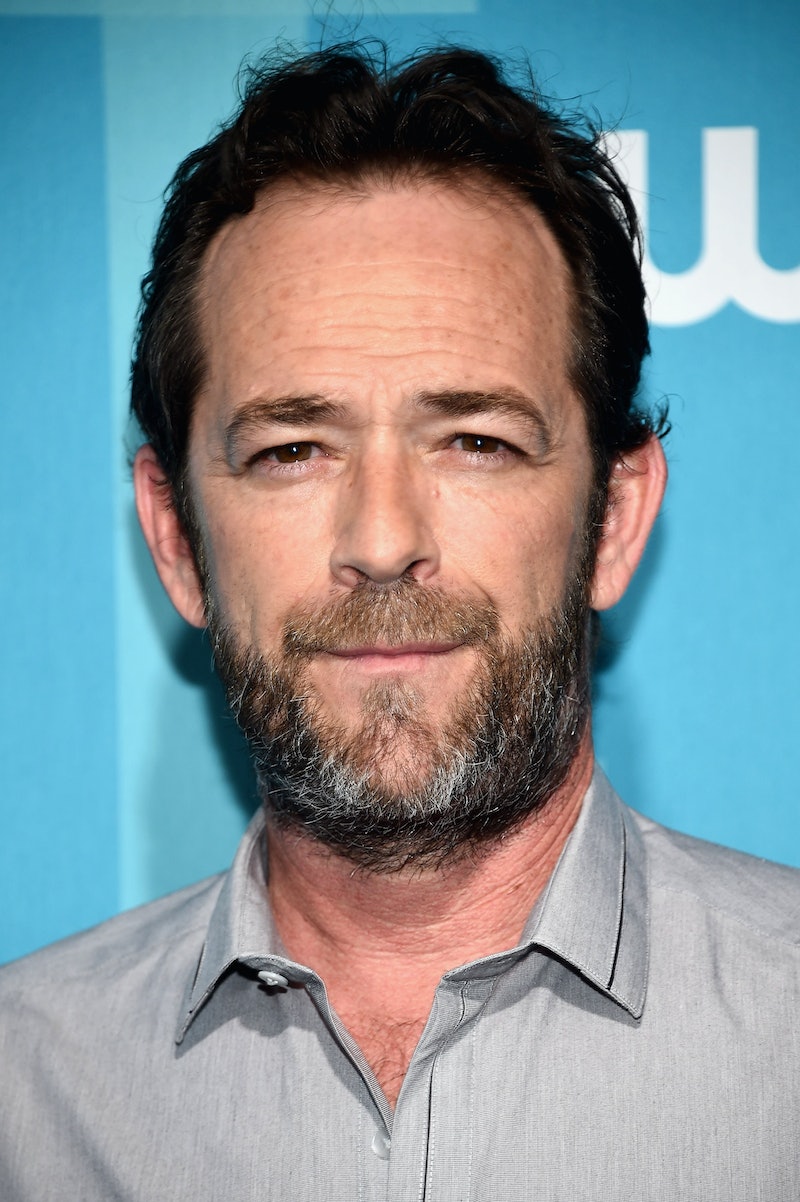 Following Luke Perry's untimely passing on March 4, many expressed their condolences for the late actor and their well wishes for his family. Unfortunately, there has also been some negativity thrown his family's way, and they're speaking out about it. Luke Perry's daughter Sophie Perry addressed those criticizing her "grieving process," according to People, and made a moving point about how everyone deals with grief differently.

Sophie took to Instagram on March 11 to address her followers, specifically those who had something negative to say about how she's dealing with the passing of her father. She wrote:

"Since my dad died I have received a lot of attention online. And most of it has been positive but of course, some people just can’t be nice. And I’m here to say that I did not ask for this attention, I did not ask to be thrown into some virtual spotlight, and while I don’t mean to offend anybody, I’m also not going to cater to any one else’s needs and beliefs."

She continued to write that despite this unfortunate situation, she's still going to live her life to the fullest, which she said is exactly what her dad would want. Sophie explained:

"YES I am hurt and sad and crying and beside myself with what happened to my dad. It’s the worst thing to ever happen in my life. And I am torn the f*ck up over it. But I’m not going to sit in my room and cry day in and day out until the internet has deemed it appropriate for me to do otherwise."

She ended her post with a strong message to those who are "disgustingly" criticizing how she's grieving her father, telling those users to simply "unfollow" her:

"And if you knew my dad you would know he wouldnt want me to. So you shouldn’t either. So to those of you shaming me for my language and my wardrobe and most disgustingly, my grieving process, do us both the favor and just unfollow. It’s a waste of both of your time."

Throughout this sad ordeal, Sophie has kept her head held high, especially as her recent Instagram post shows. That wasn't the first time that she's put on a brave face when it comes to sharing a message to her followers. Not only did she write a message in honor of her mother, Minnie, who has been a major support for her during this time, but she also, of course, wrote a tribute to her late father.

On March 5, Sophie posted a photo of herself and the Riverdale star, showcasing one of their happier moments, and wrote, in part:

No one has the right to criticize how someone deals with losing a loved one, just as Sophie explained. After all, she's simply trying to grieve her father by honoring his memory in her own, unique way, and there's absolutely nothing wrong with that.