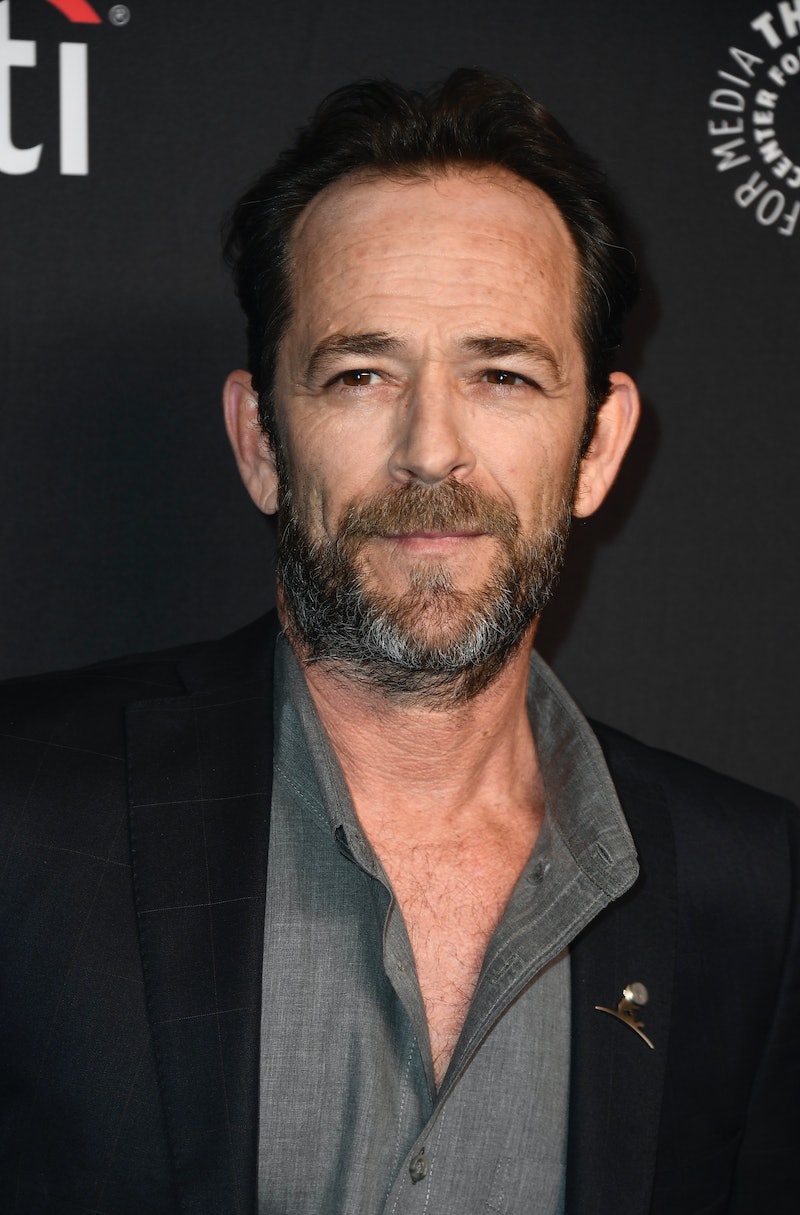 Heartbreaking news broke in Hollywood on Monday, March 4. TMZ was the first to report that Luke Perry has died at age 52, which the actor's rep confirmed to Bustle in a statement. The Beverly Hills, 90210 alum made headlines last week after experiencing what TMZ described as a "massive stroke." Perry's rep previously confirmed to Bustle that the actor had been "under observation" in the hospital last Thursday.

As mentioned in the statement, there's been a major outpouring of support for Perry, ever since reports spread of his recent stroke. Many costars from Beverly Hills, 90210 and Riverdale (where he plays Fred Andrews) shared tributes on Twitter and Instagram in the past week, and now that news broke of his passing, there's been even more social media love for the late actor — from fans, fellow celebrities, and costars alike.

For instance, Riverdale costar Molly Ringwald shared her condolences on Monday, writing on Twitter, "My heart is broken. I will miss you so much Luke Perry. Sending all my love to your family. #LukePerry." While 90210's Ian Ziering tweeted,

"Dearest Luke, I will forever bask in the loving memories we've shared over the last thirty years. May your journey forward be enriched by the magnificent souls who have passed before you, just like you have done here, for those you leave behind."

While Perry cemented his place in Hollywood in the '90s as Dylan McKay on Beverly Hills, 90210, a whole new generation got to follow his career as Archie Andrews' dad on The CW's Riverdale. Following his hospitalization, both Cole Sprouse and Lili Reinhart sent him love via Instagram. Reinhart wrote, "Thinking of you, Luke. And praying for your safe recovery."

Making the news of his death all the more heartbreaking, a summer revival of 90210 was announced by Fox, just last week. Granted, Perry's name had not been listed among the returning cast members, but fans still wondered if he would be involved in some capacity.

Regardless, it's been clear how much the 90210 cast had his back, with Shannen Doherty telling Entertainment Tonight over the weekend, "I can't talk about it here 'cause I will literally start crying but I love him and he knows I love him. It's Luke, and he's my Dylan." She had also shared an old screengrab from their show on Instagram.

Among the many posts online, Patricia Arquette's Twitter tribute especially strikes a cord, summing up Perry's legacy in a heartbreaking, yet beautifully worded tweet:

"Luke Perry - Irreplaceable beautiful and kind human being, incredible friend, generous actor and adoring father to Jack and Sophie and loving partner to Madison we are all heartbroken. You are the love and you are the light."

Perry is already so missed by those who knew him, and those who grew up watching him on screen. And the heartfelt messages will only continue to roll in.