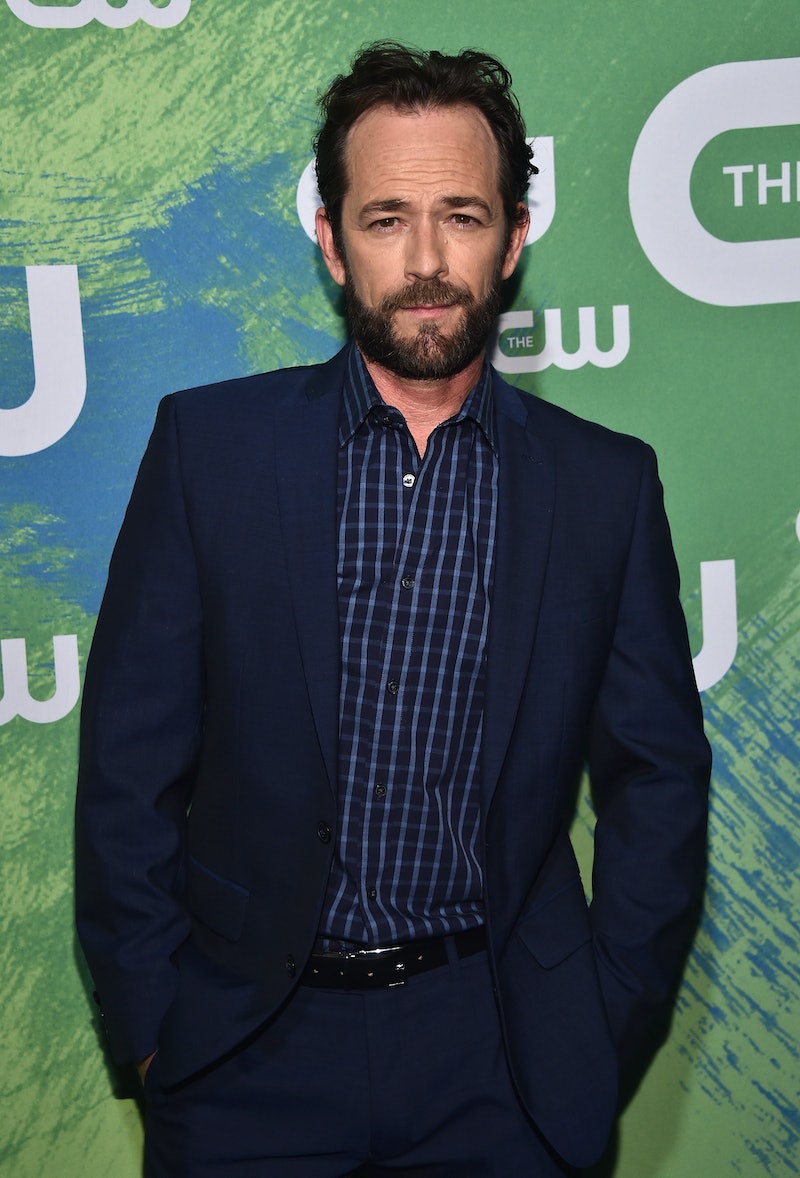 Here is yet another heartbreaking post honoring the late Riverdale actor. Luke Perry's daughter, Sophie, shared a tribute for her father on Instagram on Tuesday that included a sweet selfie of the two, along with a heartfelt message. Based on her caption, 18-year-old Sophie is beyond thankful for the love and support that's been sent her way during such a difficult time. Of course, she's also overwhelmed with the tragedy she is now currently facing.

"A lot has happened in this past week for me. Everything is happening so fast. I made it back from Malawi just in time to be here with my family, And in the past 24 hours I have received an overwhelming amount of love and support. I cannot individually respond to the hundreds of beautiful and heartfelt messages, but I see them, and appreciate you all for sending positivity to my family and I."

Prior to her father's death, Sophie was in Africa. As she revealed in her post, she, thankfully, made it back in time to be able to say goodbye to her dad. That said, it doesn't make what she and her family, including her brother and Perry's son, Jack, from his former marriage to Rachel Sharp, are dealing with any easier. Like Sophie shared on Instagram,

On Monday, March 4, the news about Perry's death broke. He was only 52 and died after suffering a stroke, which first made headlines on Feb. 28. At the time of his death, Perry's rep confirmed to Bustle that the actor had passed away and released a statement which read:

According to People, Perry's family is asking in lieu of flowers for donations to be made to Fight Colorectal Cancerthis and St. Jude’s Children’s Hospitalthis.

Understandably, Perry's loved ones are still in an extremely raw stage of dealing the aftermath of losing someone unexpectedly. Like Sophie said, she personally needs quiet time to deal with all of the emotions flowing through her, all while trying to figure out how to live her life without Perry by her side. At this time, Sophie is the only immediate family member who has publicly commented on Perry's death.

It's important to remember that now more than ever Perry's family needs privacy as they grieve, in addition to continued love and support sent their way.