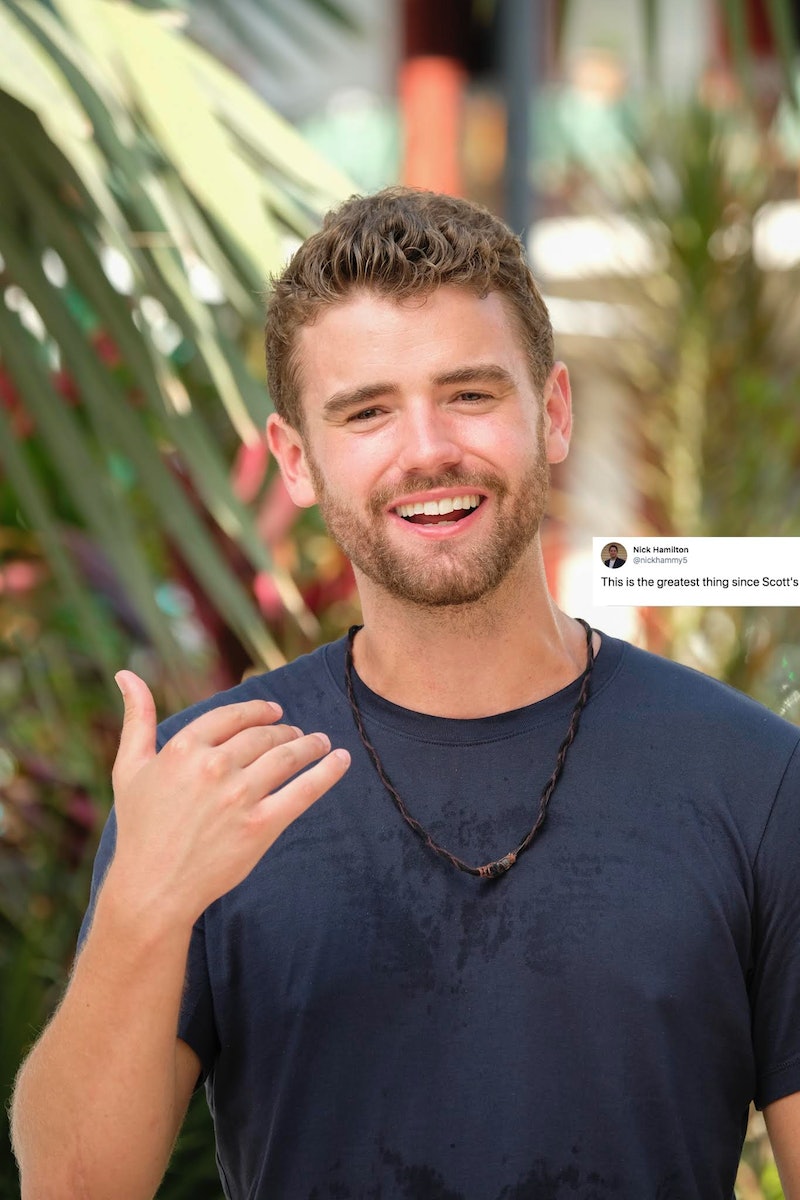 There have been a lot of cringeworthy moments to occur on Bachelor in Paradise throughout the years, but a recent tweet comparing Luke S.'s Bachelor in Paradise exit to The Office proves that this moment could top them all. On Tuesday night's rose ceremony, it was the men's turn to hand out the roses, allowing the reciprocator of said rose the chance to stick around longer in the hopes of finding love. Typically the decision is pretty simple and straightforward. After all, who wouldn't want to hang out on a beach in Mexico for a longer period of time? Unfortunately, Luke S. found out the answer to that question the hard way.

When it came time to give his rose to someone, Luke S. selected Bri out of the bunch, telling her how much he'd like the chance to get to know her better in the remaining time they have there and see if a spark occurs. But instead of accepting the rose like everyone usually does, Bri paused and confessed that given the sentiment behind this rose (implicating that you're interested in a long-lasting commitment) she didn't feel right in receiving his rose since she doesn't feel that way about him.

That in and of itself was pretty hard to watch, but Chris Harrison decided to kick things up a notch and twist that knife a little deeper by asking if anyone at the rose ceremony would be interested in accepting Luke S.'s rose. Everyone was completely silent and because only couples were allowed to continue on, Luke S. was asked to leave. Ouch.

To say it was awkward would be an understatement and yet it was also impossible to look away from what was happening. In fact, the whole situation was so cringeworthy that it started to make some viewers like Twitter user @nickhammy5 harken back to a particularly uncomfortable episode of The Office titled "Scott's Tots." The plot of the episode centers around Dunder Mifflin manager Michael Scott, who is forced to confess to a group of high school students that he's unable to pay for their college tuition, despite the fact that he promised them he would 10 years prior.

Needless to say, it's difficult to get through that episode without looking away in discomfort. So it's no wonder why the episode is being linked to Luke S.'s equally embarrassing moment on Bachelor in Paradise. (It even earned a response from Derek Peth!) Though, honestly, Luke's moment probably wins the Most Awkward award since this actually happened to him in real life rather than to a fictional character on a TV show.

To be fair, though, Luke S. didn't have a whole lot of time to establish meaningful connections with people since he'd only just arrived a few days prior whereas most of the remaining cast members have been around since the beginning. It's always harder for newcomers to catch up to that level of seriousness in a relationship. Maybe he'd have found someone to give his rose to if he'd had more time. Either way, let's hope he never has to experience another awkward moment like this ever again.