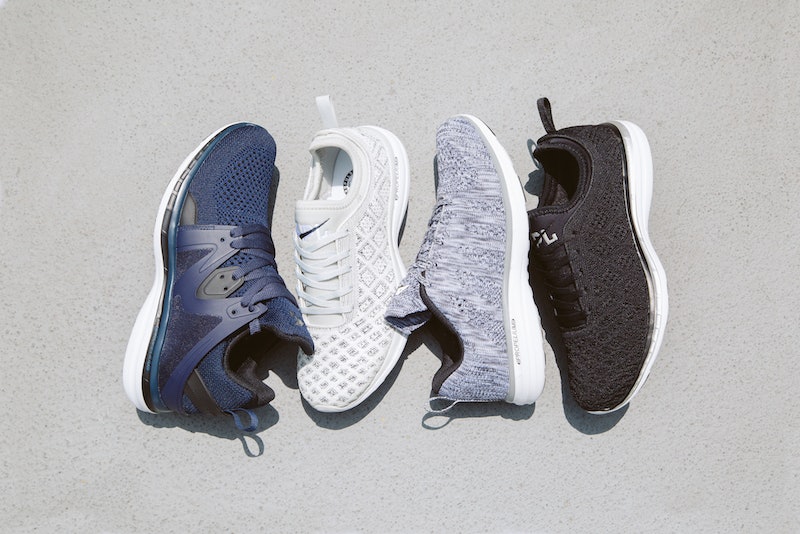 The argument could be made that you can pretty much stock your entire non-work wardrobe with Lululemon — from performance-geared activewear to more casual lounge pieces to brunch-worthy crop tops, they've got it all. Till now, though, there's been one gap in their ultra-comfy offerings: sneakers. Now, the brand's breaking into footwear by offering APL kicks, and they're worth scrambling for.

If you haven't heard of APL (which stands for Athletic Propulsion Labs) yet, the shoe brand is super-trendy among models and fitness pros, and with good reason: They're comfortable, sleek, and perfect for any gym-to-street look. Granted, they can be a little steep — they average about $150 to $200 a pair — but they're worth putting on your wish list.

They'll be available in 23 Lululemon stores across the U.S. starting on Aug. 8. Here are the stores you can find 'em at:

The entire selection of men's and women's shoes will be available at every store, but here are four APL styles to watch out for.

1. Ascend Shoe in Navy and Black

These millennial pink shoes have a metallic touch woven in.

Walking into the gym, these shoes show you mean business.

One of the coolest pairs of white kicks around.