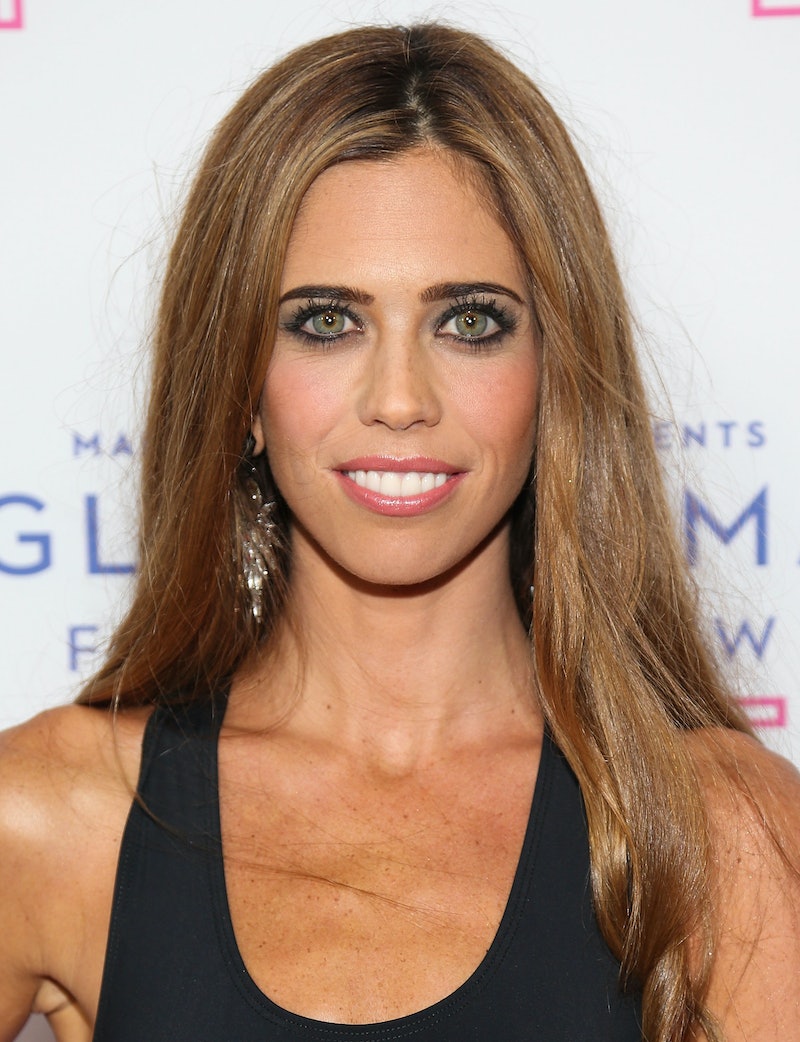 It's official: this Real Housewives of Orange County alum is coming back to Bravo. Lydia McLaughlin is returning to RHOC, The Daily Dish confirmed Thursday. Rumors first began circulating of McLaughlin's return last February. An insider told Us Weekly at the time, "She seems really excited." I'm sure fans of the Bravolebrity who first joined the original Housewives series in Season 8 are just as excited as McLaughlin.

Andy Cohen, host of all the Housewives reunions and late-night talk show Watch What Happens Live With Andy Cohen, first teased the return of some familiar faces to Orange County in May. He told The Daily Dish, "And some old Housewives [are] returning and it's really good." Now fans know that includes McLaughlin. In addition to McLaughlin, Season 11 Housewife Kelly Dodd is also coming back, Cohen revealed to Entertainment Tonight Monday. Let's hope Gretchen Rossi makes a triumphant return as well, because that would make one epic Season 12.

When McLaughlin left the show, it was entirely her choice. She revealed in her 2015 memoir, Beyond Orange County: A Housewives Guide to Faith & Happiness, "As I prayed about the decision, I didn't feel in my heart of hearts that I was called [by God] to do another season of the show," she wrote. Clearly, something has changed and she's ready to once again be a Housewife.

Ever since her departure, she's been busy. Not only did she and her husband, Doug McLaughlin, of 10 years have a third child, son Roman, but she started her own lifestyle blog, OC Lydia. She and Doug also started their own men's lifestyle magazine, NOBLEMAN, in October 2016.

RHOC viewers are in for a real treat with McLaughlin's return. Not only will it be interesting to see how she interacts with the other women this time around, but to see how much of the drama she gets involved in. She wasn't really one who loved arguing, though she certainly didn't hold back her feelings or opinions.

Oh, and keep those fingers crossed that her mom makes plenty of appearances, because she is definitely entertaining.