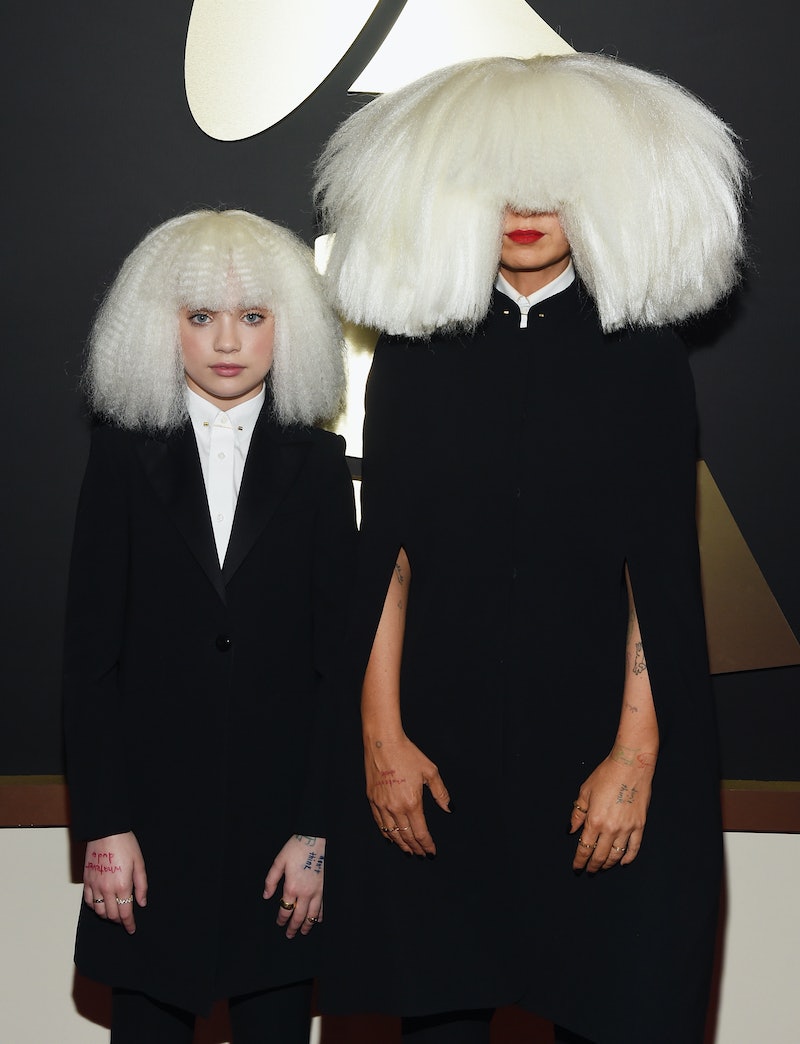 Close-knit celebrity relationships have always reminded us regular degular folk that stars are still human regardless of their, ehem, net worth. A lot famous friends try to keep their secrets on lock, but Maddie Ziegler just announced that she wore Sia's bridal shower dress on The Tonight Show With Jimmy Fallon. This cat may be out of the bag, but it's one gorgeous pus.

The former Dance Moms star made her first appearance on the show in five years and discussed how she and the "Chandelier" singer were thick as thieves from the start of their meeting.

When the dancer admitted to Fallon that her white lace croquet dress wasn't just inspired by Sia, but actually worn by the singer for her bridal shower, the audience was in audible awe of Ziegler. Aren't you?

"I'm basically like her daughter," she said. "So she's always wanted to dress up her daughter and put her in cool clothes, and this fit like a glove."

Not all of us have the dancing abilities to become a protégé by eight-years-old and get a starring role in a music video, but to wear a bridal gown from a powerhouse singer like Sia is a privilege one can at least dream about.

Many would think that Ziegler and Sia's relationship didn't run any deeper than on a friendly professional level based on all the videos Ziegler has starred in, but in actuality, Sia is basically family. The dancer explained on The Tonight Show that they'd become so close, Sia's become Ziegler's emergency contact.

"She's, I think, my godmom, now," the "Chandelier" dancer said. "If anything were to happen, she would take me, which is really cool."

Can the rest of us sign up to be on a waitlist to become godchildren of famous people? If so, pass the sheet and pens around.

Ziegler first came onto Sia's radar via the Dance Moms series as the singer revealed back in 2015 during in an interview on the set of her music video for "Elastic Heart" (once again, featuring Ziegler) that she was a Dance Moms fan.

"I was watching Dance Moms, and I saw Maddie, and I thought she was incredible. I cried when I watched something she did," the singer explained. "I thought if i can cry watching a kid doing that kind of choreography that is highly commercial, then she must have something special."

Since the success of 'Chandelier", a video that's gained a viewership of now almost two billion, the Pittsburg native has toured the country with Sia to dance, attended the 2015 Grammys alongside the singer, starred in a number of other music videos directed by Sia herself, including "The Greatest" and "Cheap Thrills", and Ziegler even received a car from her blond and black-haired godmom for her 16th birthday. Again, where's that waitlist at?

The young dancer had already made a household name for herself all across America with her stunning routines on Dance Moms, and since she's got Sia in her corner, there's no slowing down for Ziegler, now.