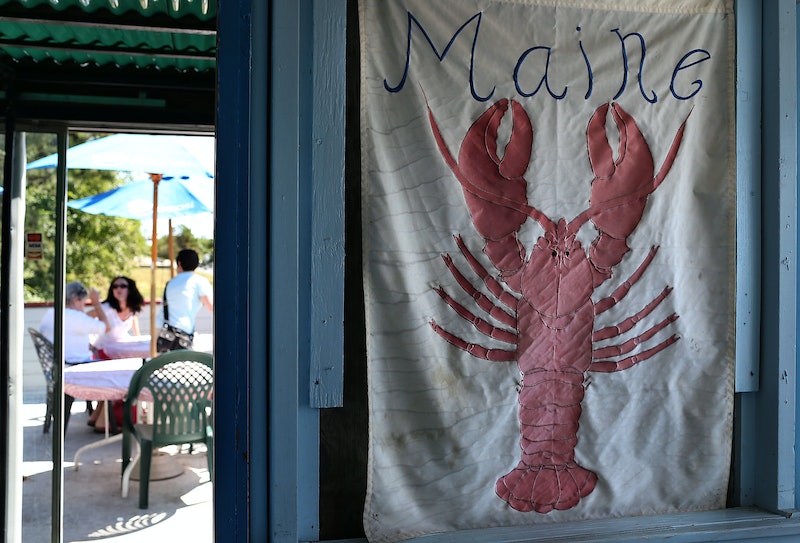 College graduates with student loan debt (read: pretty much all college graduates), rejoice and pack your bags. Financial salvation awaits you in the land of lobster and, now, student debt forgiveness. That’s right: Maine will help pay off your student loans if you move to that great northeasternmost state. Excuse me while book my plane ticket.

Maine’s Educational Opportunity Tax Credit program is helping residents pay off their student debt through a tax credit initiative. The program was initially targeted toward students who graduated from Maine colleges and universities as an effort to keep more recent grads in-state. “Over time, the employer community spoke out loud and clear that even if 100 percent of college graduates in Maine chose to stay here and work, that still {wouldn’t] fulfill our workforce need,” Nate Wildes, the engagement director for the Live + Work in Maine initiative, told CNN. Now, the program is expanding to recent graduates of any colleges who move to Maine post-graduation.

The program isn’t quite as simple as you forwarding those Sallie Mae bills to the state Maine, but it is relatively straight forward. As CNN explains, if you move to Maine, however much money you spend paying your student loans each year is subtracted from your state income taxes. So, if you paid $1,500 in student loans during the 2018 tax year and owe the state of Maine $1,600, you would only end up owing $100 in state taxes.

If you’re looking to relocate, perhaps you should start by scoping out places in Maine.

If you graduated with a degree in a STEM field, you may even get money back from the state of Maine. The tax credit program gives extra incentive for STEM grads to come to the state, with the possibility of getting a refund back if their loan payment is greater than what they own in state taxes. Non-STEM majors in the same scenario wouldn’t get money back; they would just owe $0 in taxes.

“This is a substantial financial investment by the state, many millions of dollars,” Wildes said to CNN. “But we recognize that student loans are a big financial burden and emotional burden.” According to CNBC, 7 in 10 students graduate from college with some student loan debt. As of February of this year, the collective college debt was nearly $1.5 trillion. Yes, with a “t”. Wildes told CNN Maine’s initiative hopes to send a clear message: “The message to employees is: We appreciate all you've done to invest in yourself, we'd like to put that talent to work and award you by not only giving you a job but by alleviating your student debt.”

If you graduated from college in 2008 or after, you may qualify for the tax credit, according to the FAQ page for the program.

Maine also gives a similar incentive for employers helping pay an employee’s student loan debt as an effort to recruit more out-of-state people. “We need to import people," Wildes said to CNN. “We need to attract people from other states for our workforce.” Wildes is speaking from experience: he told CNN one of reasons he moved to Maine was for this tax credit program.

As you are most likely already mapping out your one-way road trip to Maine, here are a few things you should know about the state. Maine boasts about 3,500 miles of coastline, perfect for living your east coast dreams of standing near a lighthouse, bundled in flannel, watching waves crash on the shoreline. The official state insect is the honeybee which is cute, quaint, and highly topical. Also, many of Stephen King’s novels are set in Maine, which is almost as spooky as the idea of actually having to pay off the entirety of your student loan debt.

More like this
How To Use The Whatnot App To Thrift Vintage Items
By Emma Carey
The “Teenage Dirtbag” Trend Is TikTok's Latest Nostalgic Obsession
By Meguire Hennes
Your Daily Horoscope For August 17, 2022
By Alexandria Lettman
12 Cheeky Instagram Captions To Use When You Haven’t Posted In Weeks
By Emma Carey
Get Even More From Bustle — Sign Up For The Newsletter