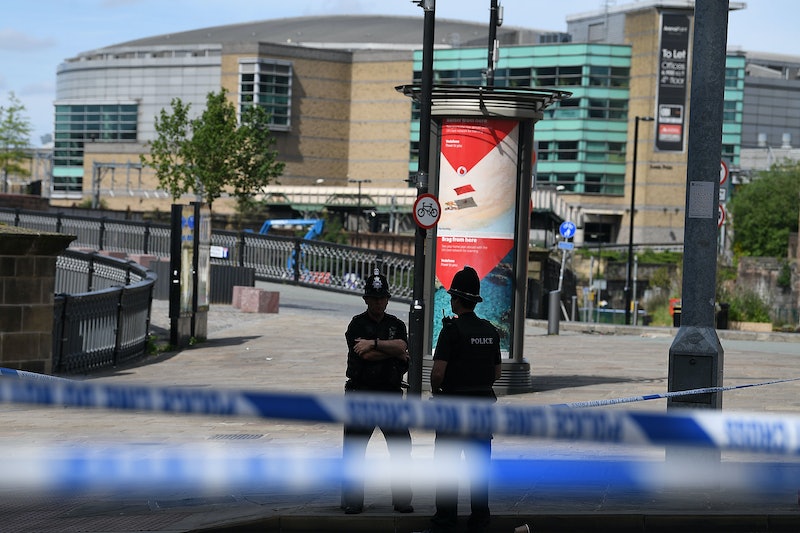 Due to leaks by U.S. intelligence after the Manchester suicide bombing, British police have decided not to share information with the United States. The news was first reported by BBC News and came a day after The New York Times published photos that were reportedly taken at the crime scene. Earlier, the main suspect's name was leaked to American media — well before the Manchester police were ready to announce. BBC News reported that while police were allegedly "furious" at this time, the change is not permanent.

Greater Manchester Police hope to resume "normal intelligence relationships" as soon as possible, but do not want to risk further damaging their open investigation. Thus far, there have been eight arrests in England and two others detained in Libya. U.K. Prime Minister Theresa May will speak to President Donald Trump at a NATO summit Thursday to express her concern on the matter.

The criticism coming from the United Kingdom was harsh and reportedly came from all levels of government and security services. After the suspect's identity was leaked, Home Secretary Amber Rudd spoke with BBC Radio 4, acknowledging the importance of the British police controlling the release of information.

The British police have been very clear that they want to control the flow of information in order to protect operational integrity, the element of surprise. So it is irritating when it gets released from other sources and I have been very clear with our friends that that should not happen again.

After the photos were leaked, an anonymous source inside the British government went even further, telling The Guardian:

These images from inside the American system are clearly distressing to victims, their families and other members of the public. Protests have been lodged at every relevant level between the British authorities and our US counterparts. They are in no doubt about our huge strength of feeling on this issue. It is unacceptable.

That was echoed by a spokesperson for the U.K. counter-terrorism police who said that the relationships the British police have with those in other countries such as the United States are important, but that trust must be maintained.

"When that trust is breached it undermines these relationships, and undermines our investigations and the confidence of victims, witnesses and their families," the spokesperson said, further expressing that it is even worse "in the middle of a major counter terrorism investigation."

Also angered was Manchester mayor Andy Burnham, who took to Twitter to react. "Complained to acting US Ambassador about leaks out of US & was assured they would stop. They haven't. Arrogant, wrong & disrespectful to GM," Burnham wrote. In Monday's attack outside the Ariana Grande concert, 22 were killed and well over 50 were injured.

Trump himself is not considered a likely source of the leaks, but rather people working within the U.S. intelligence and police community. The investigation into the bomber's network and possible support in making the bomb is ongoing. An uninhibited one will surely help keep further attacks from happening — something that intelligence in the United States needs to respect.