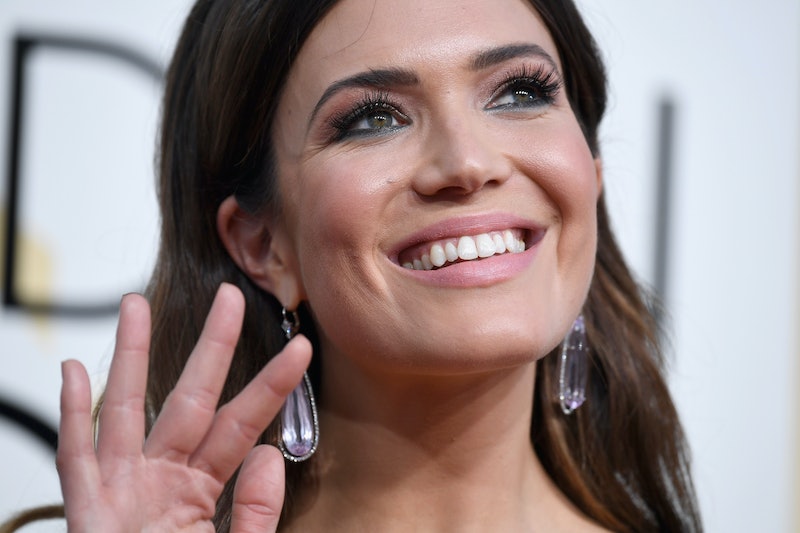 Sunday night is a pretty big night for Mandy Moore at the Golden Globes. She is nominated in the best supporting actress category for her standout role as Rebecca Pearson in the TV drama This Is Us. And she is a presenter. And she showed up looking amazing.

But really, did we have any doubt? The singer/actress has always looked great at award shows. She's definitely become a red carpet staple — as well as someone to watch. Take her stunningly simple 2016 look, as an example. Or, go way back to the 2006 Golden Globes (which feels like yesterday, btw) for a look at a babyfaced Moore walking the carpet in a strapless black number. So cute.

This year she really did it up, though. And for good reason. Not only does she have a chance to snag an award, but this night truly comes after a long road of trials and tribulations. After years of landing roles that didn't take her anywhere, as well as dropped pilots, Moore finally scored her recent gig after almost giving up, according to an interview with TODAY.

She totally deserves this nomination, and people have been excited to see what she'd turn up in.

And turn up she did. In a cape.

The most regal thing I've ever seen, for real.

Perfect for nabbing an award?

I definitely think so.