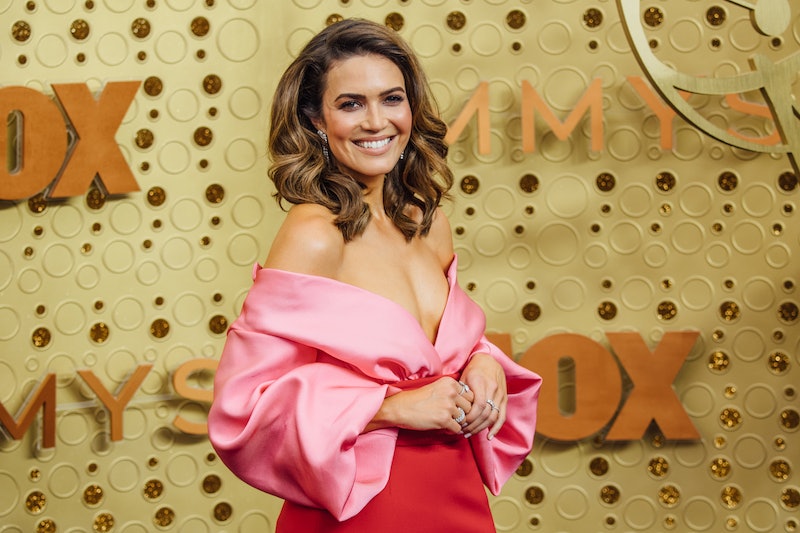 On Friday, Oct. 11, The Hollywood Reporter reported that Mandy Moore is developing a new TV show inspired by her childhood and early singing career. Moore has teamed up with This Is Us writers Isaac Aptaker and Elizabeth Berger for 90’s Popstar, a drama inspired by Moore’s early life as a teen music phenomenon during the '90s, according to The Hollywood Reporter. The drama, set to air on ABC, will follow a family from a small town in Florida who must acclimate to their new lives when their teenage daughter goes from an aspiring singer to a pop star overnight.

While a premiere date has yet to be announced, 90’s Popstar will be penned by The Bold Type showrunner Amanda Lasher and executive produced by Moore, Aptaker, Berger, Adam Londy, Regina Lee, and Marc Webb. Webb, whose director credits include 500 Days of Summer and Andrew Garfield’s The Amazing Spider-Man, will direct the pilot episode.

On Instagram on Oct. 11, Moore confirmed the news in a celebratory post. "I’m so thrilled and grateful for the chance to tell a version of my own story with an incredible team," she wrote. "It’s my first project as a producer and I can not wait to watch it come to fruition."

90’s Popstar already has noticeable parallels to Moore’s life. While born in Nashua, New Hampshire, Moore was raised in Orlando, Florida, according to her IMDb biography. She became a teen pop singer when she signed with Epic Records in 1999 at the age of 15. Moore has released six studio albums that have included hits such as “Candy,” “I Wanna Be With You,” and “Crush.”

In the years after, Moore focused on film and TV with roles in 2002’s A Walking To Remember and 2010’s Tangled. She currently stars in the NBC drama This Is Us, a role that garnered her several Emmy and Golden Globe nominations. On Sept. 16, Moore made her first return to music in 10 years with the single “When I Wasn’t Watching,” which is from her upcoming seventh studio album. The album marks her first since 2009’s Amanda Leigh.

Moore first teased her musical comeback in July 2018 in an Instagram post. She wrote in a July 13, 2018 post from a music studio, “Getting back to it. It’s time. I miss it. I’m not scared anymore. No more excuses. No more allowing someone’s else insecurities to dictate my relationship to music and singing.”

In April, Moore told host Busy Philipps during an appearance on Busy Tonight that she's currently working on her upcoming album with husband and Dawes singer Taylor Goldsmith, whom she wed in November 2018. “I haven’t put out a record in a decade. I’m writing with my friends, I’m writing with my husband," she said. "To be able to share a huge part of who I am that’s been dormant for so long — there’s nothing better than that.”

With '90s Popstar, Moore seems to be returning to her music roots in more ways than one.