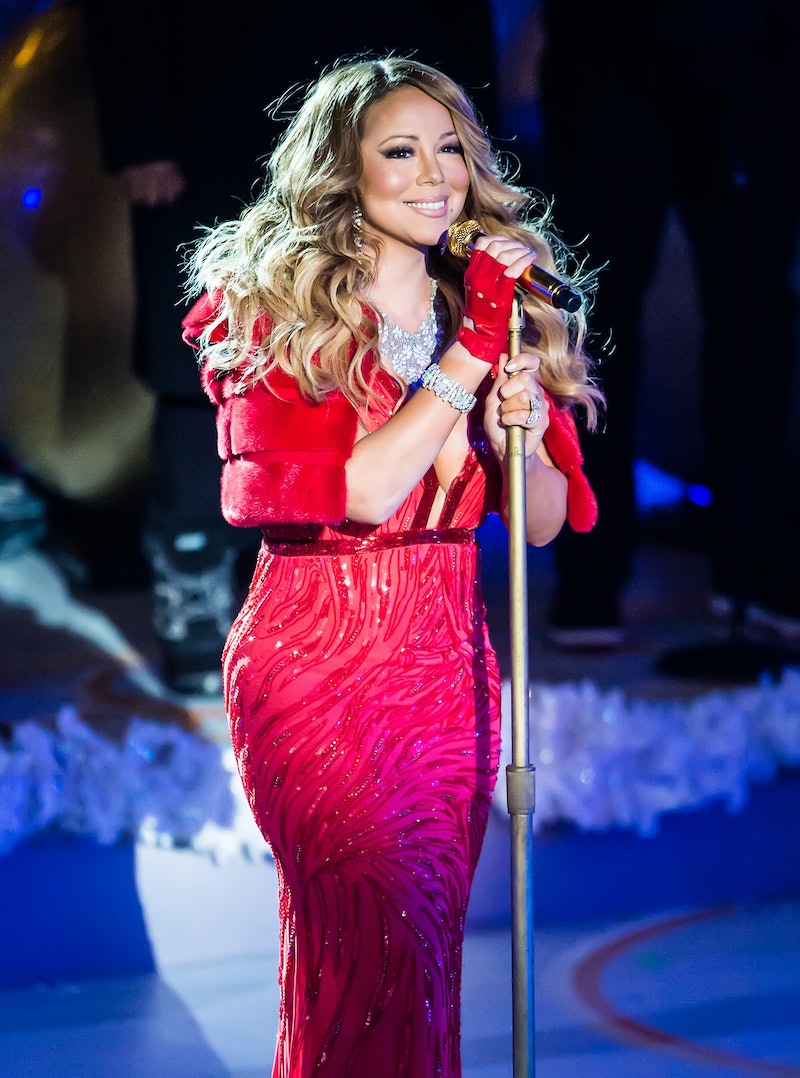 Twenty-five years after releasing the ultimate holiday classic, Mariah Carey is looking back at how she wrote "All I Want For Christmas Is You". To hear her tell the story, it sounds rather easy to create one of the best selling Christmas single of all time. All she needed was a bit of Christmas cheer, and a little help from Jimmy Stewart.

Carey told Cosmopolitan UK that to write the song, which, last Christmas Eve, set a one-day streaming record on Spotify, she "just sat down, decorated a little tree and put on It’s A Wonderful Life and tried to get into that mood." The next day, she sat down with a keyboard and work on "little melodies and stuff. I was going over all the things I think about at Christmas time that make me happy," she continued, "and how to turn it around and make it into a love song."

It's just as simple as that, Carey said. What isn't so easy for the pop star is celebrating the song's 25th anniversary. “I don’t acknowledge time,” Carey told Cosmo UK. "The more I hear [that it’s turning 25], the more I freak out. I’d rather just say it feels like it’s going to be a great anniversary for the album. We’ll call it a birthday."

While calling this milestone a birthday rather than an anniversary might just seem like semantics to some, Carey swears it helps tamper her fear. "It’s not that it scares me," she says of "All I Want For Christmas Is You" turning 25. "It’s just if you don’t acknowledge time, you don’t have to deal with it.” A valuable life lesson from the Xmas queen who also taught us that saying "I don't know her" is enough to forget someone you most definitely do know.

At least, Carey is willing to remember this anniversary, er, birthday. Earlier this month, she re-released her Christmas album, with a bonus disc of new goodies like remixes and previously-unreleased live tracks from Carey’s 1994 performance at the Cathedral of St. John the Divine in New York City.