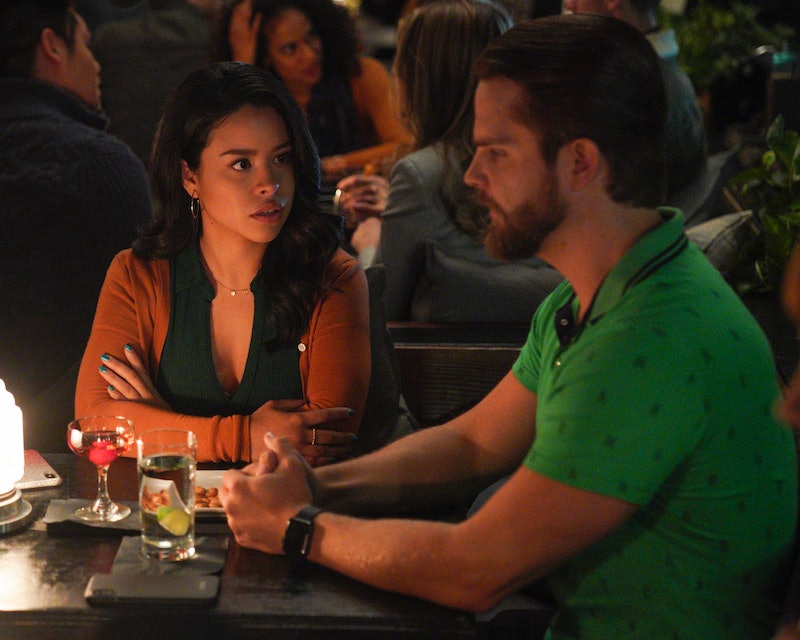 Callie is Good Trouble's resident do-gooder, but it's all a mirage. Really, she finds it impossible to quiet her own selfish impulses, so she ends up repeatedly getting in her own way when it comes to work, her love life, and, well, anything else. Mariana, though, is ready to put in the work and make her life as simple as it can be — she's helping people, she's being as honest as she can, and she's trying to tackle the patriarchy at work. What could be better? But even though Mariana is the boss on Good Trouble, she's still being unfairly treated because of the male-driven power structures she's working her way up.

Mariana and a group of female engineers and coders are doing their best to get pay equity and respect at Spekulate, which is proving to be harder than they thought. Evan, the CEO, is on board, but, as he says, he has a hard time reading social cues. He has a hard time knowing what's right and appropriate and what's not. As Mariana climbs the ranks and becomes closer to Evan, it seems they are developing a genuine friendship.

When Evan asked Mariana out for a drink, she seemed wary, but all Evan wanted is a friend — and someone to help him put together his online dating profile. He just wants to find someone (which is really sweet, actually.)

But when a photo of Evan and Mariana having a drink together is sent to the whole company, the you-know-what hits the fan and Mariana is accused (again) of trying to sleep her way to the top. Ex-squeeze me? She was just having a drink with her boss, and if Mariana were Mario or someone who identified as a man, this conversation wouldn't even be happening. It would be a wind-down drink between two colleagues and not something that has a whiff of impropriety. Mariana set the record straight, announcing to the company that she's actually dating Raj, but this is the sort of thing that can follow Mariana around her whole career. Even though she's done nothing wrong, the implication that she sleeps around to climb the ladder can stick to a woman and really ruin her life.

Of course, this is not something that men typically have to deal with. They have drinks. They go for golf. They do... whatever with clients and colleagues and it's seen as part of the game of landing a deal or building a team. But for Mariana to do the same thing brands her as a harlot and a liar, and it's not fair. Mariana and her team are doing all they can to reach equal pay at Spekulate, and they are trying. But what Mariana is realizing now, it seems, is that it's much, much harder to change attitudes and preconceived notions of how men and women should behave.

Raj has done his part to stick up for his girlfriend (and former supervisor), but the next person who has to do his part is Evan. As the CEO, he could quickly squash rumors and explain that Mariana was helping him get a date. Is this really annoying that Evan's word would be taken over Mariana's? 1000%. Is it the world we live in? Yes, yes it is. It's unfair, sexist, and near impossible for a woman to live and work without having to put up with it. That goes for Mariana, too.