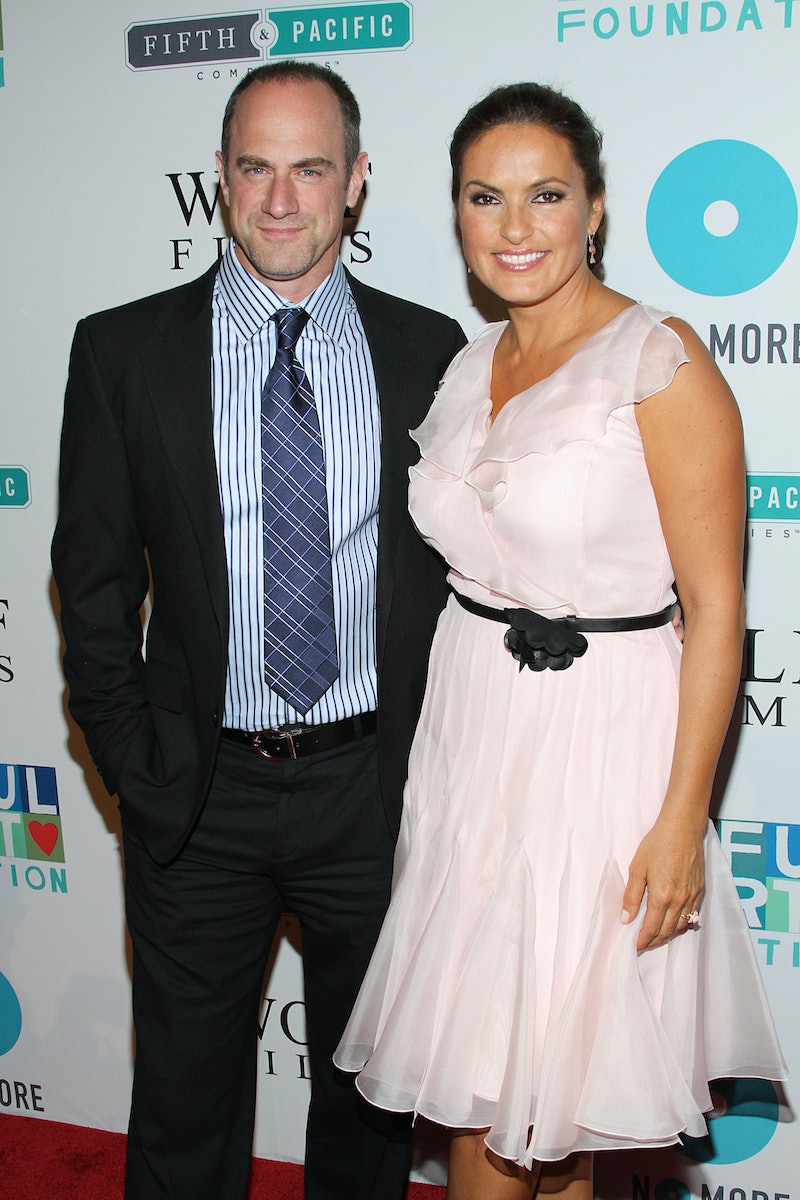 It is just as the Law of Stablenson dictates: If Christopher Meloni and Mariska Hargitay reunite and take a photo, the internet does make a sound. The actors behind the beloved characters of Eliot Stabler and Olivia Benson apparently crossed paths while on vacation over the weekend (stars: they run into their longtime co-stars while they are away on holiday just like us!), and thankfully, they snapped a picture and shared that picture with the internet. The Law & Order: Special Victims Unit co-stars sure do know what the people want, and they sure do know that the Benson and Stabler reunion photos never get old.

Meloni and Hargitay starred on Law & Order: SVU together for 12 seasons, and during that time, the duo of Benson and Stabler established itself as one of the greatest on-screen duos of all time. So when Meloni left the Law & Order spinoff in 2011, rendering the Stablenson Era officially over, the exit stung. And Meloni's exit continues to sting.

But when he and Hargitay take a selfie together and toss it up on the World Wide Web for all the Law & Order: SVU fans to see? Oof, what a bittersweet salve it is.

Thank goodness for these new Stablenson photos. Of course, they are not the same as, say, a Stabler and Benson reunion on Law & Order: SVU ... but they are something.

But could these Benson and Stabler reunion photos eventually lead to a reunion-reunion? Might Hargitay and Meloni eventually share a selfie they took while filming a Benson and Stabler reunion scene on Law & Order: SVU? It seems like it's not not possible. Though nothing is in the works, it sounds like Meloni would be on board to step back in Stabler's shoes and return to the world of SVU one day— you know, given the correct circumstances. He told Entertainment Weekly in 2016, "I always presented that I'd be open to doing the last few episodes, so that's really all I have to say about that. It's not up to me, I'll just say that. I've said my peace on it."

The Happy star reiterated this sentiment to Entertainment Tonight in 2017, saying he would "be open to [returning to Law & Order: SVU]" but the "circumstances have to be right." He added that the possibility of coming back for the series finale has "never been brought up to [him]," so it's "kind of out of [his] hands." And as recently as Dec. 11, he told a fan on Twitter that he has "zero plans" to show up on the current season of Law & Order: SVU.

Again, thank goodness for these Stablenson selfies. It has been a long seven years, but seeing these two together is a reminder that they're still partners, even though they no longer share the small screen.