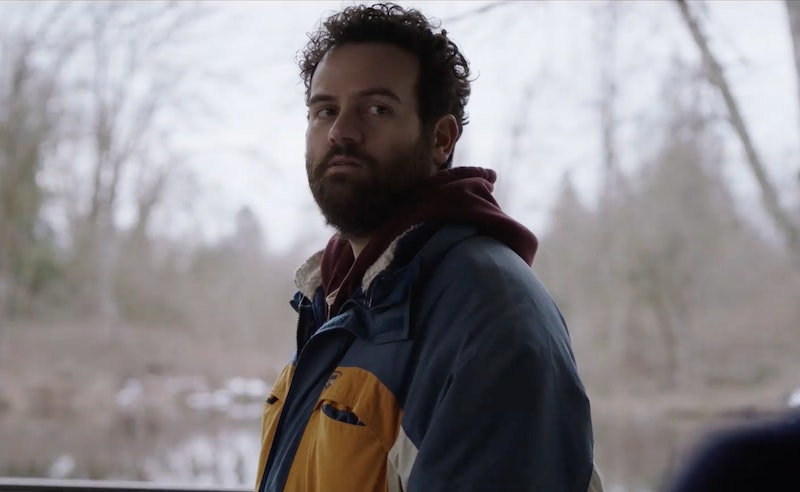 Spoilers ahead through Limetown Episode 7. Lia Haddock (Jessica Biel) is hellbent on discovering what happened at Limetown, consequences be damned. That includes getting her APR producer, Mark Green (Omar Elba), out of the way after he confronts her in Episode 7 of the Facebook Watch series. She really didn't mean to murder him — it was an accident, after all — but Mark is dead now in Limetown and things are only going to get weirder.

To back up a bit, Lia deceptively edited some audio footage of her interview with R.B. Villard (Hiro Kanagawa), the financier behind Limetown, in Episode 5. "I only mourn Max Finlayson," he said, in reality. "If there was a god for this world, Max would be what she would send to save it." However, she switched out Finlayson's name with Oskar Totem, who was the face of the project.

Mark found out about her unorthodox editing technique and confronted her in Episode 6, when they were interviewing Finlayson at his remote house. Mark was a huge Signals fan, so he was initially over-the-moon to be interviewing the neuroscientist, but his whole demeanor changed when he got the call informing him what Lia had been up to. Had she been doctoring other audio footage? And if she was this morally compromised, what else was she capable of?

Things finally reach a breaking point in Episode 7. Both Finlayson and Warren Chambers have been killed — presumably for speaking to Lia and Mark — and her coworker pleads with her to shut the project down. He threatens to leak the original Villard footage to the FBI, which would shut down their whole project. She argues, however, that their work will all be for nothing if they stop. "Don't give me that bullsh*t that this is about the story, Lia! This is about you!" Mark says, wisely. "This story makes you feel special. Truth is, in the end, you really only give a sh*t about yourself."

They get into an argument, which devolves into a shoving match. She accidentally pushes him into her kitchen island, where he hits his head and ultimately bleeds out on the kitchen floor. Shaken, Lia nevertheless orchestrates the crime scene to look like they've just had sex, throwing a condom wrapper in the trash, spitting into his mouth, and leaving him a voice mail, which makes it look like he was still alive when she left. This played out differently than the Limetown podcast — while Mark was a character in the Two-Up production, he wasn't killed.

While audiences knew that Lia was dogged, driven, and a bit too blunt for her own good, this move should signal how debased she's really become. Or perhaps this was her true self all along? That the podcaster killed her producer (accidentally or no) and barely breaks her stride reveals her ruthless, dogged tenacity. She needs to figure out what happened at Limetown, no matter the cost. It's not enough that three people have already died because of their snooping. Because, like Mark said, it really is all about her.

In addition to being a dynamite producer, Mark was her moral compass. Now that he's gone, anything goes for Lia Haddock.