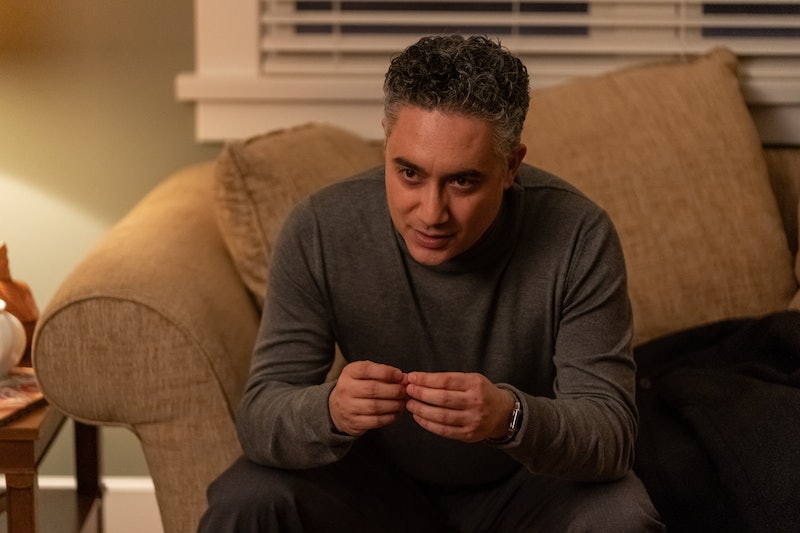 While much of what happened in Limetown before its 300 residents disappeared without a trace remains a mystery, the fate of the neuroscience facility's head researcher is well-known: he was burned at the stake, leaving nothing behind but his teeth and a pile of ashes. While Oscar Totem from Limetown met a gruesome end after acting as the catalyst of the town's Panic, thankfully, his story and the man himself are fictional, just like the rest of this eerie tale.

Known as "The Man They Were All There For," Oskar (Alessandro Juliani) was believed to be at the center of The Panic, the final day of Limetown when hundreds of people reportedly disappeared into thin air. He was also responsible for giving a number of residents a cranial implant which allowed them to communicate telepathically with others — and pigs! — who had the same device, a decision which eventually led to the community's downfall.

The problem was that the control group, who called themselves "The Old School" were angry about not being given the device, causing them to destroy the medication needed by those with the implant and ultimately riot against Oskar for the perceived betrayal.

It's because of the Limetown podcast upon which the Facebook Watch series is based that the details of Oskar's life and work are known. As of yet, the show hasn't covered much of his storyline at all beyond showing reporter Lia Haddock discovering his remains and throwing in mentions of him here and there via flashbacks and with interviews featuring other Limetown residents and purported survivors.

It's likely that things will largely play out on screen as they did in the podcast, though it's also possible that the show will offer some additional insight on Oskar's dealings, motivations, and his fate than listeners got from the audio version. After all, the man who played such a central role in Limetown's existence must have a larger story to tell.

If Juliano's IMDB page is anything to go by, we'll be seeing plenty of Oskar over the coming episodes. Thus far, the actor is slated to appear in six of the 10 episodes that make up Season 1, though it's unclear how lengthy those scenes are and how much of Oskar's story they'll reveal.

However, as Lia digs deeper into the mysteries of Limetown and connects with more survivors, it's only natural that more details about the neuroscientist will come to light, and maybe even help her to learn more about what became of those 300 missing people after his death.

More like this
'Consent' Is Not Just One Person’s Story, But Hundreds
By Shahed Ezaydi
The Plane Crash In 'Dear Edward' Is Based On A 2010 Tragedy
By Grace Wehniainen
'The Last Of Us' Episode Schedule Competes With The Super Bowl & Oscars
By Brad Witter
Grammys Host Trevor Noah Made Adele's Dream Of Meeting The Rock Come True
By Brad Witter
Get Even More From Bustle — Sign Up For The Newsletter
From hair trends to relationship advice, our daily newsletter has everything you need to sound like a person who’s on TikTok, even if you aren’t.