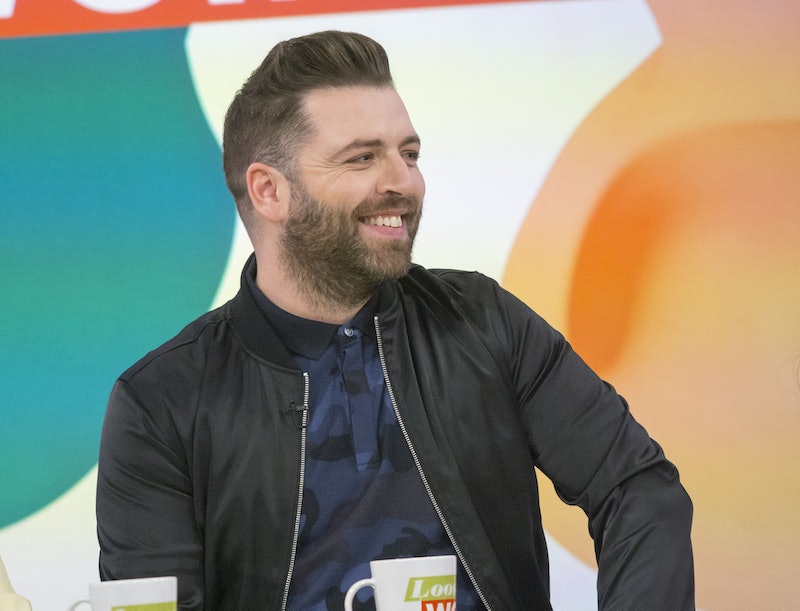 If you're an Irish woman of a certain age, simply thinking of Westlife brings the feels. Actually, no matter what your nationality is, these boys have long been expert in bringing audiences to the verge of snotty, loud, choking-type tears that make Kim K's crying face seem like nothing mayj. Their power to set off the floods like a mighty damn bursting by merely stepping off a bar stool during an awe-filled key change is really quite something. So, needless to say, when fans found out that Markus Feehily from Westlife is engaged, the tears came, and they came hard.

The star with (IMO) the smoothest voice of all the lads, dropped the news on his Instagram account. Feehily has been in a relationship with his new fiancé, whose identity he has managed to keep secret, for six years now, OK! reports. The happy pair are currently on their holidays in the sunny Maldives and shared an evening poolside shot of them sitting at their table with a couple of glasses of Prosecco. When I say "them," I mean a ring box and a left hand that very much has a brand new accessory — and this one's for life, honey.

The picture was captioned with the good news: "2019 has been so amazing to me so far and it’s only getting started! I wanted to be the first to say it... #engaged."

And Feehily's not kidding about 2019 being a good year so far. Not only has he gotten engaged, but, y'all, his band Westlife has reunited and they are doing some pretty huge things this year. They released a new song, Hello My Love, which is written by Ed Sheeran. Sheeran (as per) knows how to bring the feels with lines like "my lips are the only thing I can hold against you". Yeah, yeah, it's cheesy, but who doesn't love cheese

The song is the first track off a soon-to-be-released album, the title of which has yet to be announced. As the boys' website states, this will be their first album release since Westlife’s Greatest Hits came out in November 2011.

As well as that, the quartet are reuniting for a huge UK and Ireland tour that is going to be filled with lots of screaming and bra-throwing fans. I can personally attest to the fact that this happens at Westlife gigs, as I have seen it with my own eyes.

After Westlife disbanded in 2012 (sob), Feehily released some of his own solo music as well as starting his own food business. Also, I guess he has been super busy falling in love. But who is the lucky guy?

Speaking to RSVP back in 2017, Feehily shared that his partner is far from quiet but isn't keen on doing the whole publicity thing:

"He is not quiet believe me, he is far from quiet, but he has no experience whatsoever in the music industry and he is quite shy about coming to the red carpet."