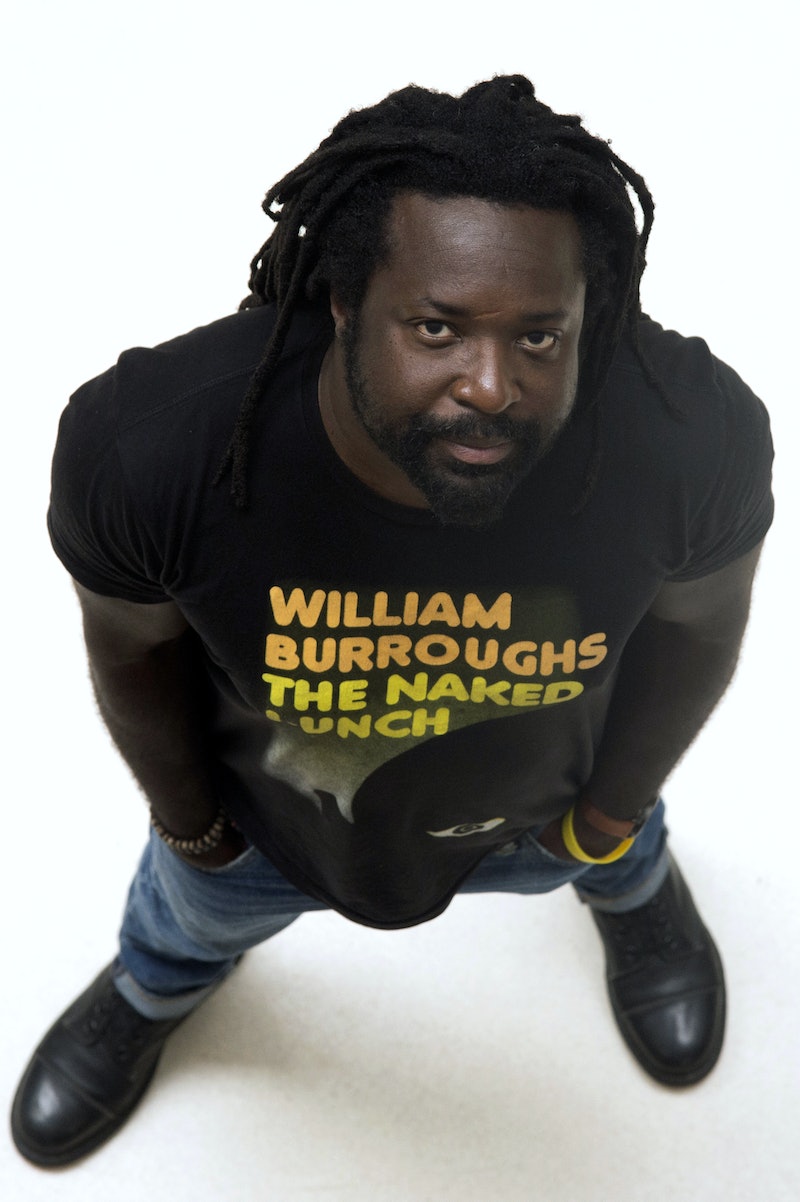 His novels have won the Dayton Literary Peace Prize and the Man Booker Prize, so now one author wants to try something a little different. Marlon James is writing "an African Game of Thrones" trilogy, and it could be out next year!

James is the author of three novels: John Crow's Devil, The Book of Night Women, and A Brief History of Seven Killings. All three books are set in his home country of Jamaica. Now, James has turned his focus to the Dark Star Trilogy, which will begin with Black Leopard, Red Wolf, and may hit store shelves as early as Fall 2018.

Speaking with Entertainment Weekly, James says that the Dark Star Trilogy was inspired by an argument between himself and a friend about ethnic diversity in J.R.R. Tolkien's Middle-earth:

If that sounds familiar, you're probably thinking of the incident back in 2010, in which The Hobbit film adaptation's casting director "turn[ed] away a woman of Pakistani descent," saying her skin was too dark for her to "look like a Hobbit." The casting director involved was fired, and Peter Jackson's spokesperson released a statement saying that he had never been instructed to hire only white or white-passing actors. However, as The A.V. Club's Sean O'Neil pointed out, he didn't have to:

Peter Jackson’s production company released a statement clarifying that the casting director had acted totally alone, and that it had never made any explicit specifications that they should only be auditioning white people. All it ever did was make three Lord Of The Rings films without any black people.

The problem of whitewashing fantasy isn't restricted to LOTR. Last year, there was a brouhaha over the decision to cast a black actress as Hermione Granger in the London production of Harry Potter and the Cursed Child, and that's far from the only incident in recent memory.

When Ursula K. Le Guin's A Wizard of Earthsea and The Tombs of Atuan came to TV as a miniseries, problems with the casting were immediately apparent. As Le Guin put it at the time, "My protagonist is Ged, a boy with red-brown skin. In the film, he's a petulant white kid." Ouch.

Many have pointed out that The Witcher video game franchise, based on Andrej Sapkowski's book series of the same name, has no characters of color. Whitewashing's defenders argue that this is historically accurate and in keeping with the series' Polish roots, but, even if that were true, it misses the mark entirely.

The Hobbit, LOTR, Harry Potter, Earthsea, and the Witcher Saga all have one thing in common: they're fantasy novels. Fantasies don't care where you're from, who your parents are, or what you look like, and they don't play by the rules. They're meant to be fun escapes from the awfulness of reality, so holding them to arbitrary, "real-world" concepts makes about as much sense as nipples on the Batsuit.

(If you're still having trouble understanding why all-white fantasy series are a Very Bad Thing, check out Time-Machine? Yeah!'s candy jar analogy.)

James tells Entertainment Weekly that "the touch point for [Dark Star] would probably be just after the dawn of the Iron Age," but adds that he's reluctant to assign a definite year to his plot:

I think it would be like if Luke Cage was suddenly Conan the Barbarian. It’s a little bit Dark Ages in Europe, wouldn’t have had Charlemagne yet… sort of after the fall of Rome, but before the rise of Florence, if you want to call it that. But in Africa, we had some of these really glorious empires, like Ghana and Ethiopia and Songhai and Kush.

This is James' first time writing a book series, but he says the idea to make Dark Star into a trilogy was there "from the beginning." Each book will center on the same 9-year timespan from the point of view of one of three main characters: the Tracker, the Moon Witch, and the Boy. From the official summary:

[The three characters are] locked in a dungeon in the castle of a dying king, awaiting torture and trial for the death of a child. They were three of eight mercenaries who had been hired to find the child; the search, expected to take two months, took nine years. In the end, five of the eight mercenaries, as well as the child, were dead.

Publisher Riverhead Books hopes to have Black Leopard, Red Wolf on store shelves in Fall 2018. James says he's on "a very strict deadline of the end of the year" to make sure that happens. At the time of this writing, no release schedule has been announced for the Dark Star Trilogy's two other novels, Moon Witch, Night Devil and The Boy and the Dark Star.