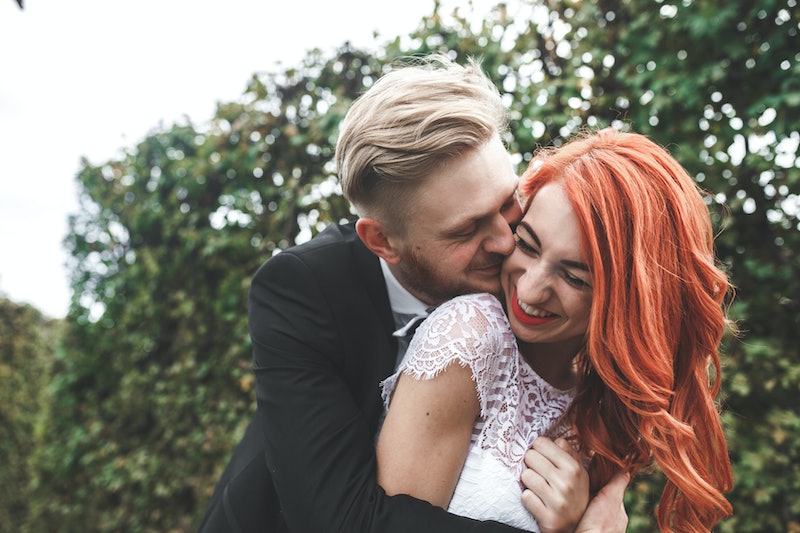 A new study found that being married can lower your risk of dementia, with married people being less likely to develop the disease than their widowed or single counterparts. The research was published in the Journal of Neurology Neurosurgery & Psychiatry and looked through a huge amount of data. They consulted 15 studies published up through 2016, which together contained over 800,000 participants from Europe, North and South America, and Asia. Taking the data as a whole, they found a significant link between marital status and dementia risk.

Those who had been single their entire lives were 42 percent more likely to develop dementia than married people. The increase for widowed people was also significant, as they were 20 percent more likely than married people to develop the disease. Though interestingly, for widowed people, education level seemed to counteract their likelihood somewhat, showing that in some cases other factors had an impact. But even when taking into consideration other factors, the link between marriage and a lesser risk of dementia remained, which the study said demonstrated "the robustness of the findings."

"We conducted this research because we thought that the potential health benefits of married life may extend to lower dementia risk," Dr. Andrew Sommerlad, study author and Wellcome Trust Research Fellow, Division of Psychiatry, University College London, tells Bustle. "So the lower risk of dementia in married people was expected but we were surprised by the strength of our findings. The higher risk for unmarried people remains even when physical health is taken into account, suggesting that the benefit of marriage is due to more than just improving physical health."

So the link seems strong. And, as ever, it can feel like another knock against single people, who face a lot of stigmas in society to begin with. And yet, as powerful as the findings might be, it's important not to over-emphasis the link.

Not Just For Married People

Studies like this can sometimes feel like enough to make single people shake in their boots. But more and more, we're seeing signs that the health benefits linked to marriage aren't as black and white as we once thought.

So if you are single — or your older loved ones are — it's not something to panic about. In fact, the authors of this study suggested that one of the reasons for the link is that marriage can lead to a healthier lifestyle, in terms of exercise, diet, and lifestyle habits like smoking and drinking. But obviously single people can also make healthy decisions for themselves.

"The message from our study is not that everyone needs to get married to prevent dementia," Dr. Sommerlad says. "Instead we think we can make a difference by small changes to our lifestyles such as eating a healthy diet, taking exercise and avoiding smoking and excessive alcohol as well as maintaining brain stimulation throughout our lives by social and mental activity. Our study suggests that these steps are particularly important for those at higher risk of dementia, such as single people."

And Bad Relationships Have Their Own Problems

And let's not forget that being in a bad relationship can have some negative side effects, too, especially one where you feel insecure or stressed. So not all relationships are going to be good for you. “All those insecurities create stress in life and stress leads to numerous physical and emotional ailments: headaches, digestive problems, nervous conditions, insomnia — the list goes on,” dating and relationship coach, Rosalind Sedacca tells Bustle. “The longer one lives with this level of insecurity, the stronger the negative impact on your health.”

There are definitely some potential benefits to being in a healthy relationship or a happy marriage. Some of those are emotional and some of them are physical. But with dementia, like so many diseases, there are a lot factors at play. And single people are just as capable of making positive lifestyle choices as anyone else.