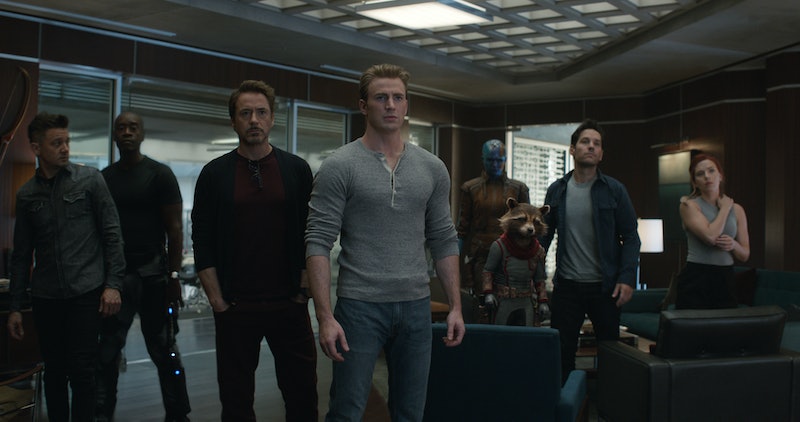 The Marvel Cinematic Universe is taking a step towards a more inclusive future. According to Kevin Feige, the president of Marvel Studios, Marvel will introduce its first transgender character in the near future. Feige made the announcement at the New York Film Academy on Dec. 28, during a Q&A with students.

When a student asked Feige if the MCU would welcome a transgender character in future films, he confirmed that not only will there be a trans character in the MCU "very soon," but in a "movie [Marvel is] shooting right now." This is clearly a step in a more inclusive direction, and has fans (including Avengers) thrilled for the forthcoming character. The Hulk himself, a.k.a., Mark Ruffalo, even tweeted on Jan. 2, "Go Marvel!!"

Feige didn't clarify which film would introduce the transgender character, but, as reported by HuffPost, some have speculated it could be The Eternals, which has began filming in July 2019 and is set to release in November. The film will also introduce the first deaf MCU superhero, played by Lauren Ridloff. Feige also told Good Morning America in August 2019 that The Eternals will feature an openly gay man who's married and has a family.

However, HuffPost also pointed out that Thor: God of Love and Thunder, which stars Tessa Thompson as Valkyrie, could very well introduce the trans character seeing as Valkyrie will be on a journey to "find her queen" now that she's the king of Asgard. In July 2019, Feige revealed to io9 that Valkyrie will be the MCU's first LGBTQ superhero.

In an October 2017 Rolling Stone interview, Thompson confirmed that Valkyrie is bisexual. Thor: Ragnarok was supposed to allude to her sexuality, but it got axed because "it distracted from the scene’s vital exposition," per Thompson. And despite the first gay Marvel character not being introduced until Avengers: Endgame in 2019 (who was briefly played by one of the film's director's, Joe Russo), it sounds like Marvel is attempting to course correct previously missed opportunities to open up the MCU to be more inclusive.

For his part, Feige said he hopes to bring diversity to the MCU both in front of and behind the camera. He said, "I say when you're sitting at a table and if everybody looks like you, you're in trouble."

Of course, some fans on Twitter worry that the promise of a trans character, as well as more LGBTQ storylines, may turn out to be empty. By either not investing in the trans character's story thoroughly, or killing them off, historically speaking there's a lot to learn when writing these stories. While it is important to include characters from all backgrounds, telling their stories in authentic ways, and moving beyond stereotypical portrayals, is just as crucial.