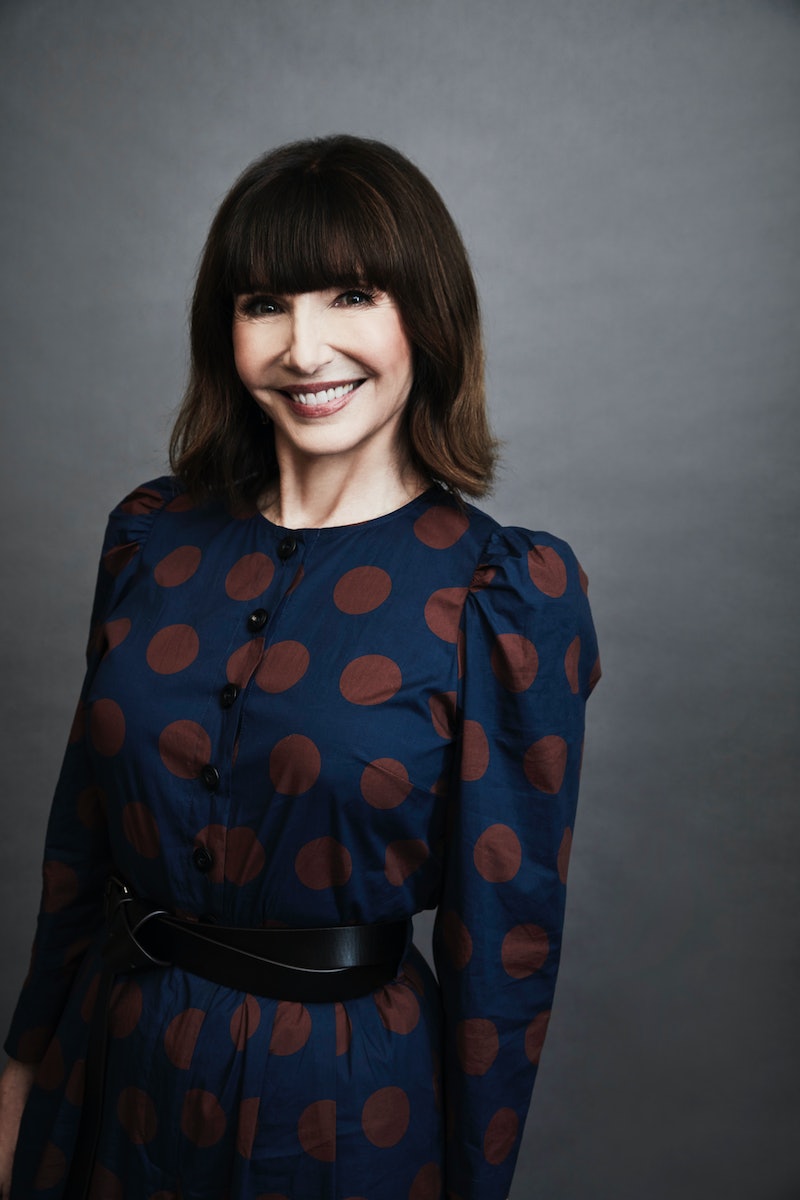 If you were too busy crying your eyes out during the Good Place series finale, you may have missed Mary Steenburgen's cameo, which briefly united her onscreen with her real-life husband Ted Danson (aka Michael). Having effectively fixed the afterlife, the soul squad was left to enjoy death and all of its mundane bliss, which for Michael meant spending his free time learning the acoustic guitar. By the time he was sent to Earth to live a human life later in the episode, he still hadn't mastered the E cord. Cue Mrs. Danson.

Steenburgen, who married Danson in 1995, made a surprise appearance in "Whenever You're Ready" as the music teacher who finally helped Michael play the guitar. It's a skill that Steenburgen, like Michael, acquired later in life, after a routine surgery in 2009 left her feeling spontaneously musical.

"I felt strange as soon as the anesthesia started to wear off," she told IndieWire last November. "The best way I can describe it is that it just felt like my brain was only music, and that everything anybody said to me became musical. All of my thoughts became musical. Every street sign became musical. I couldn't get my mind into any other mode."

Since then, Steenburgen has learned to play and write music, eventually landing a songwriting contract with Universal. In 2019, she wrote the power-ballad "Glasgow" from the film Wild Rose, a song that attracted significant Oscar buzz but, in the end, not a nomination. “Had to find my own way, make my own mistakes, but you know that I had to go," the song swells. "Ain’t no yellow brick road running through Glasgow, but I found one that's stronger than stone."

It's only slightly more lyrical than Michael's best attempt: "I'm going for a cosmic ride. Surf the freaky purple vibes of love. the marshmallow cat is inside..."