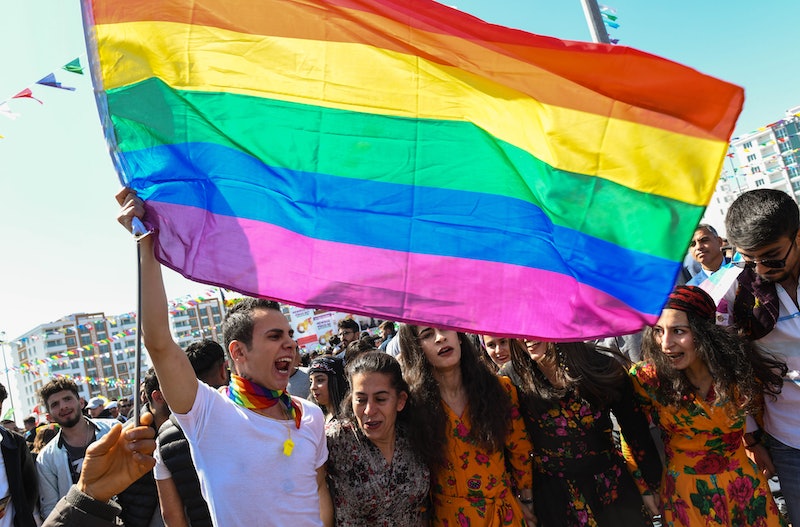 The Massachusetts State House News Service reported that the bill, officially known as H 140 in the Massachusetts' state legislature, would prohibit medical practitioners and health care providers from carrying out "sexual orientation and gender identity change efforts with a patient who is less than 18 years of age," according to The Hill. The text of the legislation notes that such practices would also include "efforts to change behaviors or gender expressions, or to eliminate or reduce sexual or romantic attractions or feelings toward individuals of the same sex."

Critics of "conversion therapy" have long condemned the practice as medically unsound and damaging. In remarks to NBC Boston in late March, the co-hair of the Coalition to Ban Conversion Therapy for Minors, Arlene Isaacson stated: "Being LGBTQ is not a disease that requires a cure. These fraudulent treatments often lead patients to depression, substance abuse, self-harm and suicidality."

Massachusetts Democratic state legislator Kay Khan, who authored H 140, spoke of the significance of the legislation in mid-March, according to WBUR. "Ultimately, we all know this bill will ensure that children receive therapy in a healthy, evidence-based and medically sound manner, not one which fosters an atmosphere of self-hate, prejudice, and intolerance," Khan said before the state House vote, according to the outlet. "Massachusetts has always been a trailblazer in advancing civil rights and eliminating discrimination in health care settings for the LGBTQ community. This bill is a necessary extension of these historic commitments."

But not everyone backed H 140, according to The Daily Hampshire Gazette. The outlet reported that Massachusetts Republican Rep. Shawn Dooley opposed the bill because he said it was too restrictive and placed criminal liability on medical practitioners, which the bill's supporters have denied it would do.

In spite of opposition shown toward the bill, H 140 sailed through the state's Senate and House. And its supporters have spoken at great length about how affirming it would be for LGBTQ youths. On Monday, Massachusetts Democratic Sen. Elizabeth Warren tweeted that the state "has led the country in protecting and promoting equality, from marriage equality to transgender rights."

"I’m proud we're leading again by banning the despicable practice of conversion therapy for kids, and I’ll keep fighting for a ban at the federal level," Warren added.