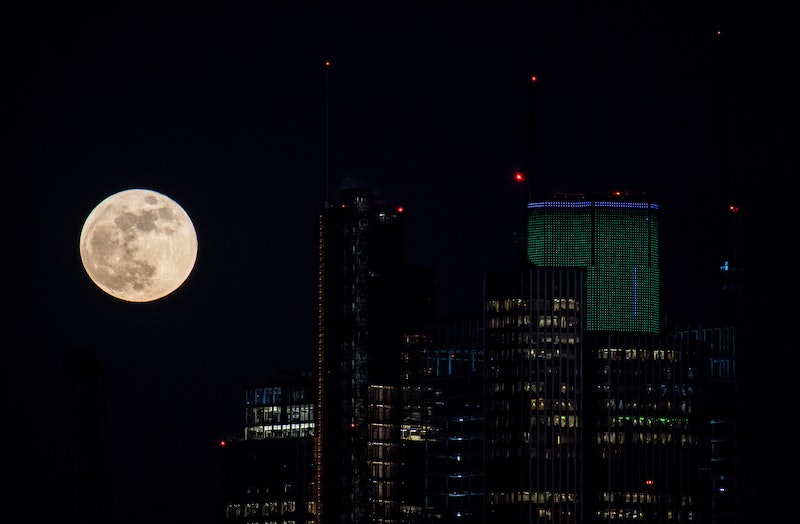 The month of May is one that always feels filled with possibilities. As spring weather really takes over, and the days get longer and warmer, you start to feel ready for some changes and new beginnings. This month, that feeling is going to be particularly strong thanks to the moon. On May 15th, a new moon will rise, and it brings so much powerful energy that it will be impossible to ignore. The May new moon comes with some astrological predictions that are going to affect your daily routine and your future, so you definitely want to pay attention to this one.

A new moon is always a time for new beginnings. Astrologically speaking, the time when a new moon rises is the best time to start something new or finally expand on that great idea you've had for a while. This one in May 2018 will rise in Taurus, which is a sign known for being very grounded and stable - all good things! A new moon generally brings strong positive energy and vibes when you need it the most.

This May 2018 new moon, however, is different from the rest, and you can thank the planet Uranus for that. On the same day the new moon rises, Uranus will be moving into Taurus, something that doesn't happen very often. Uranus is, according to Forever Conscious, "a planet of awakenings" that "has the power to shake up and stir whatever it touches." In other words, your lovely feeling of wanting to start something new is going to be disrupted by the pent-up energy of Uranus, which is going to make things a little bit less stable than they should be.

So what does all of this mean for you? For one thing, expect your career to go through some adjustments. Because the new moon is rising in Taurus, it brings about that grounding energy that will help you get through some big projects you've been working on, specifically in a professional setting. If you have ideas for some big projects at work or you want to try something different, this is the time to start to put those plans in place. The new moon is also a good time to set intentions and goals for the future, for your career and in general. You'll feel full of positive, motivational energy, so put that to good use to get the most out of your job.

Your career isn't the only part of your life that will get a boost. According to Astrology King, "Sun conjunct Moon gives an invigorating burst of energy and initiative." This is a great time to take a look at all of your old habits and behaviors, and get rid of anything that is no longer serving you, replacing these with better and more rewarding ways to make progress. If you've been thinking of any personal projects you want to start, the two weeks after May 15 is the absolute best time to start them.

That said, it seems kind of obvious that some big changes are going to be heading your way. That's thanks to the energy from the new moon, but it's also because of Uranus moving into Taurus. You can expect major changes and shifts. Crystal Ball Astrology says that all of this combined could result in May 15th being the most powerful day of the year: "The energy that’ll take the front seat will come directly from Uranus - the planet that likes to shock, awaken, surprise & awe."

The new moon and Uranus changing signs is also going to affect you financially. Cosmos of Astrology says, "We may be approaching money and personal possessions in a new, exciting way. We're more financially savvy and progressive in business and practical matters." You might expect some big changes with the way you spend your money, which comes along with the fact you'll be examining old habits and figuring out new, and better, ways to do things.

Lastly, you can expect to spend a lot of time reflecting on yourself, your behaviors, your beliefs, and your relationships with others. Since you're so energized to take charge and make a change, you're going to be looking at the things that make you happy, and those that don't. Cosmos of Astrology says, "We should be concentrating on what it is we can do to increase our own feelings of self-worth and to simplify our lives in key ways."

So, yes, Uranus moving into Taurus could definitely disrupt things and cause some huge changes, but in the end, this new moon will bring a lot of positive energy to your life. Take this time to make some much-needed adjustments that will improve your life in every way. Bring it on, new moon!