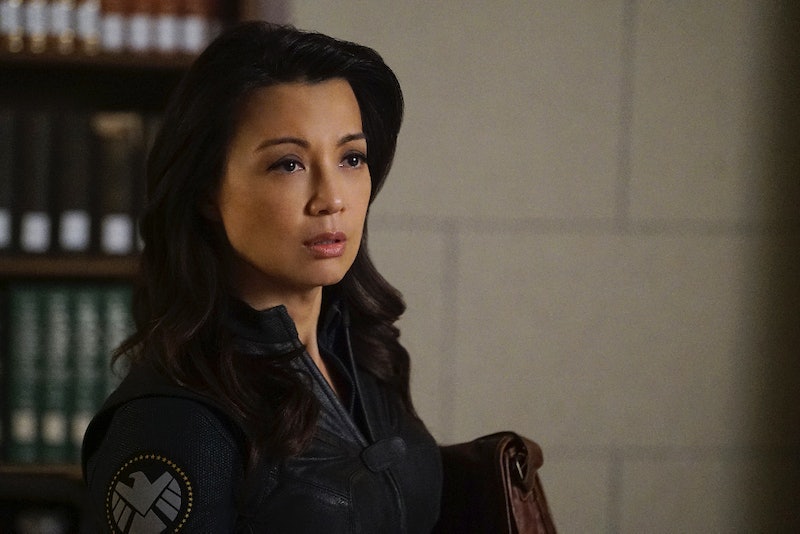 I have to say it — Robot May is woke. Sorry, but you can't leave that door wide open for me like that. However, while Radcliffe's LMD (or rather, Radcliffe's LMD's LMD) may have passed her own personal Turing Test, she is still programmed with a mission that involves both Coulson and the Darkhold. Meanwhile, the human Melinda May is trapped in a nightmare on Agents of S.H.I.E.L.D. that is sure to do some psychological damage when she finally escapes. The "Tale Of Two Mays" just gets more and more twisted.

As we learned in the previous episode, real May's T.A.H.I.T.I.-esque spa Groundhog Day was not sustaining her. The Cavalry thrives in action, so Aida set up a training program to occupy her using simulated physical violence instead. I caught on before May did, but the episode did a good job playing with flashbacks, reality, and duplicity so that it felt as though we were inside the simulation in May's head as well.

Finally, Aida unleashed the most harmful programming. She sent May back to Bahrain and the incident with the little Inhuman girl that broke up her marriage and earned her the nickname. In the simulation, May gets to save her, thus giving her the alternative past that she always wanted. How awful! When this May finally gets to be as woke as her robotic counterpart, processing this is going to be rough.

Robot May, on the other hand, might not be able to divulge her true mission and nature to Coulson, but at least she might be able to stop flirting with him. It's still breaking my heart to watch her unknowingly lead him on. Still, I have no idea where any of this is going on Agents of S.H.I.E.L.D. and it's thrilling, if upsetting at times.