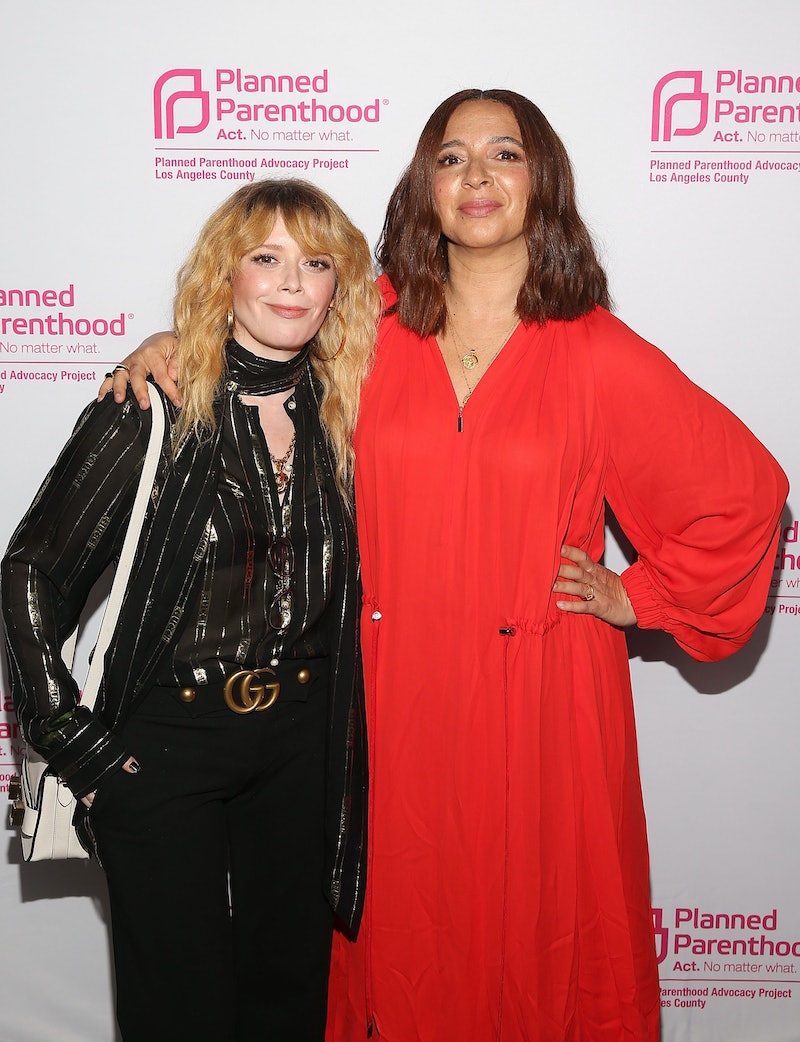 These two talents are taking their collaborative efforts to the next level, and their upcoming projects seem super promising.As reported by Variety, Maya Rudolph and Natasha Lyonne signed a first-look deal with Amazon which means they're going to develop original (and kick-butt) series together. The two have created great work as a team in the past, and this major deal is totally overdue.

According to Variety, Amazon made the announcement on Monday, confirming the deal is through the actors' production company, Animal Pictures. It's currently uncertain if the pair will create more than one series for the streaming platform. Rudolph, who currently stars in Forever (and serves as executive producer), expressed how hopeful and excited she is for the opportunity. She told Variety,

"I've had an incredible experience working with the team at Amazon Studios on Forever, where they have given us true creative freedom. I'm excited to extend this relationship and to have the opportunity for Natasha and myself to continue to develop new shows for a global audience."

Lyonne, who directed Rudolph in her directorial debut Cabiria, Charity, Chastity, also shared her thoughts on the news and what she hopes to accomplish with their upcoming work:

"I am thrilled to extend the creative partnership I have with my lifelong and brilliant friend Maya, under our new shingle. Amazon Studios has galvanized Animal Pictures and we can't wait to bring to life our ideas and support emerging and original voices."

Rudolph's work in her Amazon series Forever has been widely acclaimed and well-received. The New York Times called Forever "thrilling," and Vulture referred to the actor as a "revelation" in the series. In the dramedy, Rudolph and Fred Armisen play a married couple whose mundane relationship is seriously shaken up by a ski trip. Rudolph also co-write and produced the series Maya & Marty in 2016, according to her IMDb.

Lyonne has built a résumé with behind-the-scenes work as well. She co-created Netflix's upcoming Russian Doll (in which she also stars and will direct an episode) alongside Amy Poehler. Variety reports that the actor is also set to direct an episode of Orange Is the New Black in the series' final season.

Rudolph and Lyonne seem to go way back. The two were recently together at the Planned Parenthood Advocacy Project LA County's Politics, Sex, & Cocktails fundraiser. They were also pictured together in 2002 at the 17th Annual IFP/West Independent Spirit Awards.

While neither have spoken about the news on their respective social media accounts, Amazon chief Jennifer Salke made a statement about their partnership:

"Maya and Natasha are proven talents in front of and behind the camera, and we are so excited to tap into this powerful creative brain trust and be in business with these fiercely funny and phenomenally smart women."

Forever is a great example of a Rudolph brainchild. She's spoken about the many interpretations of the series and how it showcases layers of so many marriages and the human experience. Fans should definitely expect depth, quirks, and a dose of reality in Rudolph and Lyonne's upcoming projects.