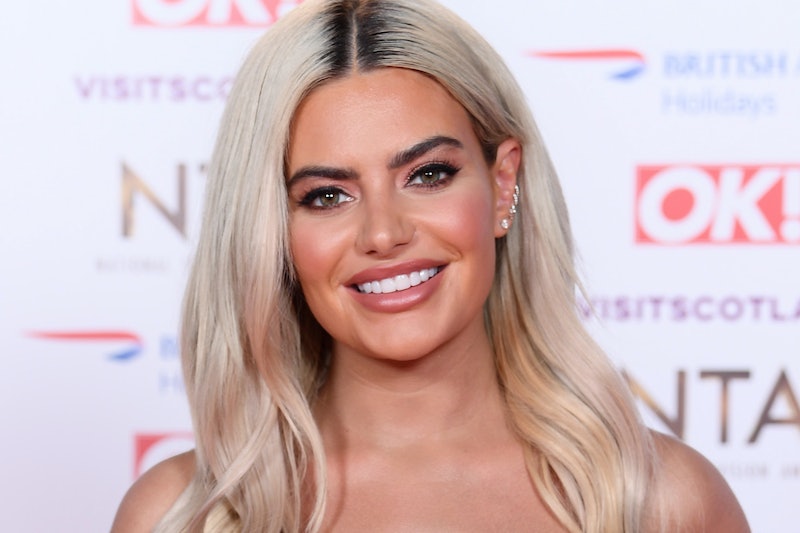 Breakups can be hard to bear, but even harder is the unnecessary commentary that can come along with them. Y'know, commentary like "you're putting on a brave face," or that "it's a relief to see you doing so well." Obviously these comments can be well-intentioned when they're from those that care about you, but they can also lead to an unhealthy reliance on hiding your true feelings. And that's why Megan Barton-Hanson's comments about the anxiety she's feeling after her breakup with Wes Nelson are so powerful. The Love Island star is demonstrating the importance of talking openly about your mental health and how it can be affected differently by scenarios in your life.

After cancelling her Heart FM radio appearance on Monday (Jan. 28), the Daily Mail reports, Barton-Hanson took to Instagram, putting up a story to explain how she has been through a really awful time, and her anxiety was suffering badly as a result. She also filmed the paparazzi waiting outside her house, waiting for her to leave. According to the Daily Mail, she said in her story:

"It’s possibly been the worst week of my life and look how many paps are waiting there. I’m shaking, my anxiety is through the roof. They’re all hiding behind the tree. Literally, I’ve had the worst week and they’re still there."

She later began posting comments of well wishes and positive vibes from fans, the Daily Mail reports, following it up with a statement that read:

"Hands down been one of the worst days of my life. I can't thank you all enough for the support. It makes it all worthwhile, (the endless trolling, the negative stories, dealing with publicly breaking up, being papped having to force a smile when my whole world is crumbling). Feels like I can't put a foot right but knowing I can motivate/inspire people even a tiny bit makes me want to continue on in the public eye. I'm determined to make 2019 a positive year."

I suffer with generalised anxiety myself and I'm glad that Barton-Hanson has opened up about her own experience with it, pointing out how bad it can feel when there is a drastic increase in your anxiety levels. While neither Barton-Hanson nor Wes Nelson have divulged the reasons behind their breakup — I mean, why should they, it's their business — it's clear that both have tried to adopt a humorous flair to get them through the situation. Luckily, it doesn't look like there are any bad feelings between the two of them.

Barton-Hanson rounded off her Insta story with a jovial dig at an engraved cheeseboard her mum gifted her and Nelson for Christmas, OK! reports. The star commented that, although she never got the chance to actually use the gift, at least the cheese tools will come in handy to scrape Nelson's name off the board. Nelson, on the other hand, has been sharing his appreciation of the tongue-and-cheek memes fans have posted about the breakup — most of which focus on the fate of the couple's hamster, the Evening Standard reports. This came after Barton-Hanson broke the news to fans about the breakup via a spoof of Chris Martin and Gwyneth Paltrow's now-famous "conscious uncoupling" announcement, the Daily Mail reports.

Hopefully things will continue to stay as amicable — and humorous — as they have been.