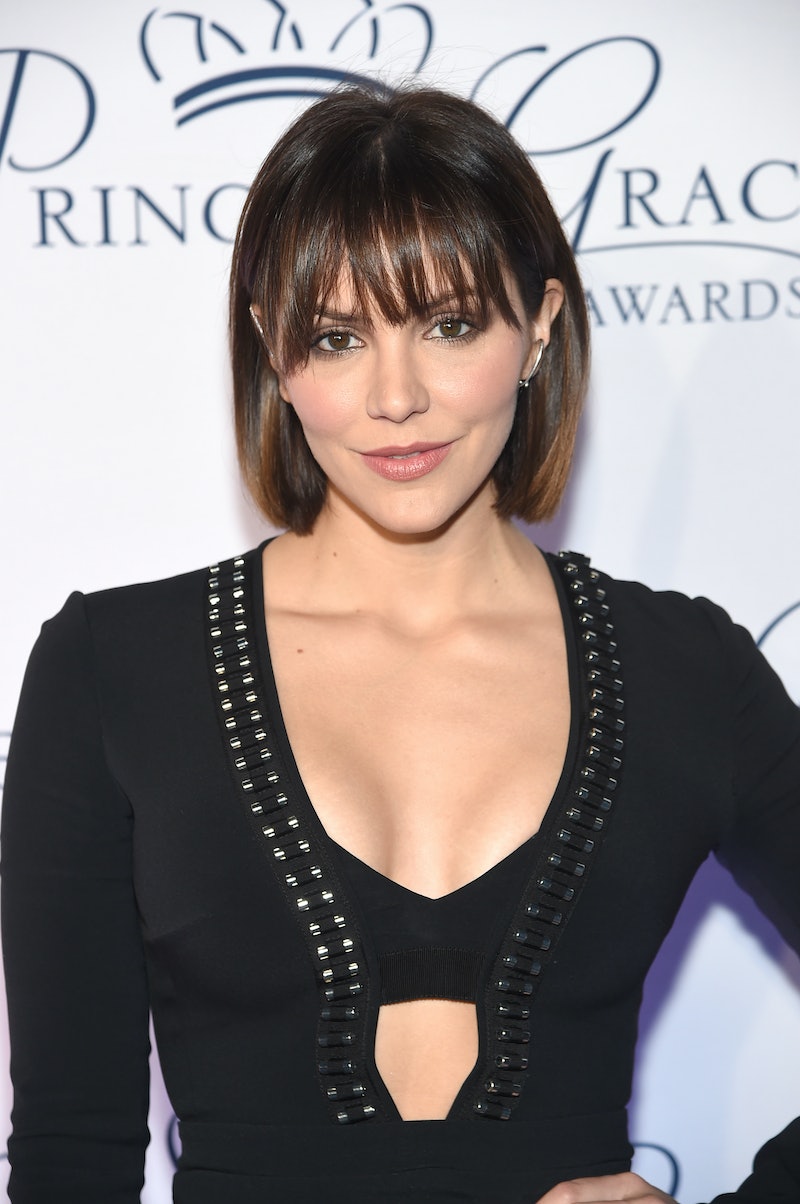 Meghan Markle and Katharine McPhee are proving that their friendship has stood the test of time. According to People, Meghan Markle and Katharine McPhee recently reunited in London, years after their days doing musical theater as teens. Naturally, the Waitress star only had the kindest things to say about her latest meeting with the Duchess of Sussex.

As you might recall, McPhee and Markle actually go way back, as they both performed in musicals when they were growing up in Los Angeles, a fact which the Scorpion actor shared in a throwback post. Now, the two got a chance to catch up and reminisce about their theater days.

According to the Evening Standard, they both attended the WE Day charity event, which saw Prince Harry giving a speech in honor of the celebration and bringing his wife up onstage in a fun, surprise moment. The two caught up backstage at the event, where the duchess reportedly gave the Broadway star a rather humorous update about the royal baby. McPhee told the Evening Standard:

“She was lovely, and she remembered me – she remembered my sister more specifically because they were in the same class – and she said, ‘I’m just sitting around waiting for the baby to come.’“

It's nice to see that the two were able to meet up while in London, seeing as though they're currently residing in the same city and all. Of course, Markle resides in the United Kingdom as she's busy being a part of one of the most famous families in the world. As for McPhee, she's currently starring in a production of Waitress on the West End (she previously starred in the role on Broadway), per Broadway World.

Speaking of said performance, the actor told the Evening Standard that she plans on inviting the duchess to see one of her shows, saying, "I'’d like her to come to the show — but no pressure on her, I’m hoping she will and I’m going to invite her through some mutual friends.”

As previously mentioned, the two women have a history together. Long before she became the Duchess of Sussex, Markle was showing off her singing chops onstage alongside the American Idol alum. In January, McPhee posted a throwback snap of the pair, writing:

"both did musicals together as a kid. one is now the duchess and the other is starring on the west end. basically the same life if you ask me #tbt"

In her recent interview with Good Morning Britain on March 12 (as per People), McPhee addressed her musical past with the duchess and revealed why she chose to post the photo in January (as opposed to when the royal wedding excitement was in full effect). She thought that it would be "stupid" and "opportunistic" to share the snap around May 2018 and added, with a laugh, "But then when I had something to promote, I’m here in London, living in her country now doing a musical, I thought, ‘I’ll post it!’ And it became a much bigger thing.’“

As for a recent snap of the pair together, royal watchers may be in for a wait for the pic. McPhee told Good Morning Britain that there was indeed a photo taken of their recent meeting but that she hadn't seen it yet, "You know, the royals have to approve everything." Until then, fans will just have to look back at the actor's throwback photo with the duchess to see just how far they've come.