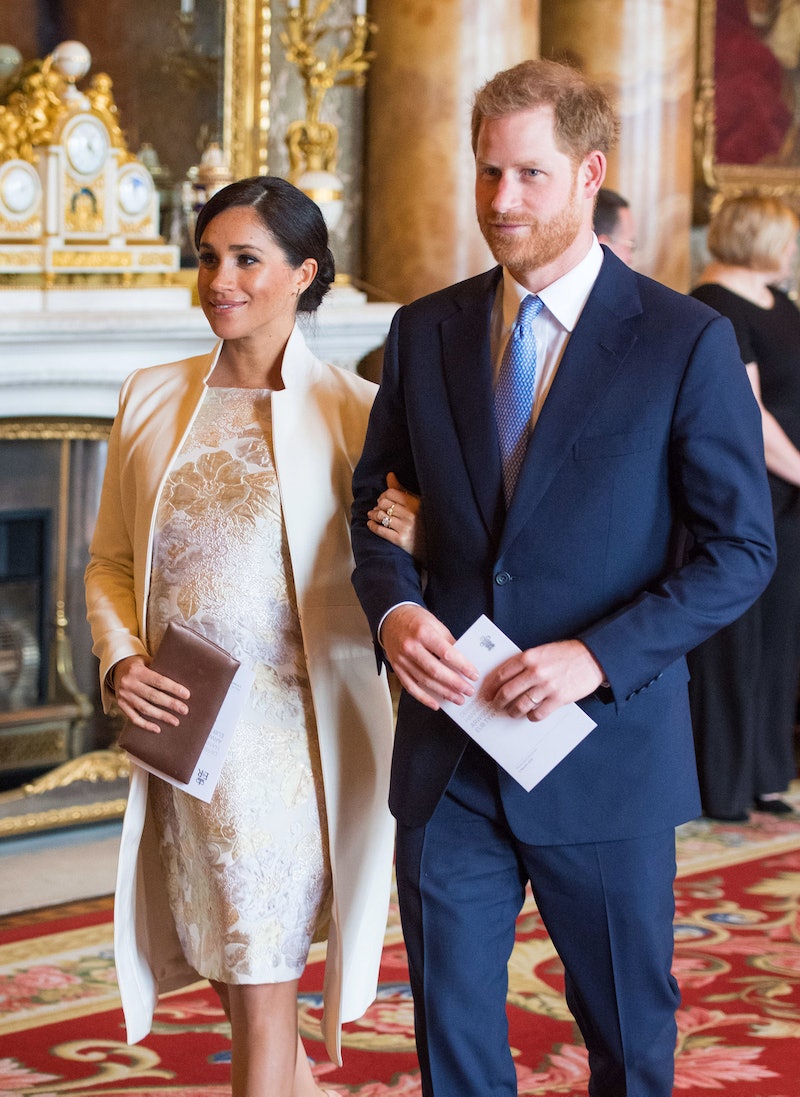 Fans of the Duke and Duchess of Sussex can rest easy, well, at least for right now. Prince Harry and Meghan Markle's baby "hasn't been born yet," a Buckingham Palace representative informed CBS News on May 2 just after 5 a.m. EST. There has been much speculation regarding exactly when Markle will give birth, but she's hasn't officially become a mom yet.

Many individuals began to wonder about Markle's due date, based on the release of Harry's latest schedule. As reported by ELLE UK, Buckingham Palace announced on Wednesday, May 1, that the Duke of Sussex would be heading to the Netherlands on May 8 through May 9. During his visit, Harry is said to visit Amsterdam. He will also go to The Hague for the Invictus Games' one year countdown. The games are set to be held in the city in 2020.

Vanity Fair also reported on Thursday that Markle is supposedly past her due date, which The Sun reported was apparently on April 28. As for a source "close to the couple" who spoke with Vanity Fair, they said about the Duchess of Sussex giving birth, "It's a waiting game, it's up to Mother Nature."

As many individuals have pointed out on social media, does this mean Markle is set to give birth before Harry's trip? Or, has she already given birth? Or, could she be due later than expected? In January, People reported Markle, herself, revealed during a trip to Birkenhead that she was six months pregnant, meaning she could possibly be due in late April or the beginning of May. At the time of her pregnancy announcement, Kensington Palace also revealed that she and Harry would welcome their first child sometime in Spring 2019.

Markle is presumably on maternity leave and there's a good chance Harry will go on paternity leave after the baby is born. According to royal commentator Katie Nicholl, she told TIME in April, "It is quite normal for royal fathers to take paternity leave. Certainly with the modern royals, it is just very much something they do." She continued, about Harry, "We don’t know how long he’s going to take, whether it will just be the standard two weeks or possibly longer. But certainly, he will be taking paternity leave."

The possibility of Harry going on paternity leave also brings up further speculation. If he does take time off, does this mean the baby will be born after his visit to the Netherlands, especially if he's going to take "two weeks or possibly longer"? Or, maybe his paternity leave will begin after his trip, no matter when his baby is born? Whatever the case, the questions regarding the royal baby's birth continue.

If that isn't enough, with Markle's royal birth plan differing greatly from Kate Middleton and Prince William's, there have been even more rumors surrounding exactly when Baby Sussex will be born or if the baby has already arrived. On April 11, Buckingham Palace revealed (via People) that Markle and Harry wouldn't immediately announce their baby's birth, nor would they be sharing photos right away. Part of the palace's statement read,

That said, People reported that the royal couple will have a small photo session with their baby on the grounds of Windsor Castle after a few days of privacy.

It's understandable why fans are anxious for the royal baby's birth, but like Markle and Harry have made clear, they will announce their first child's arrival when they're ready to do so.