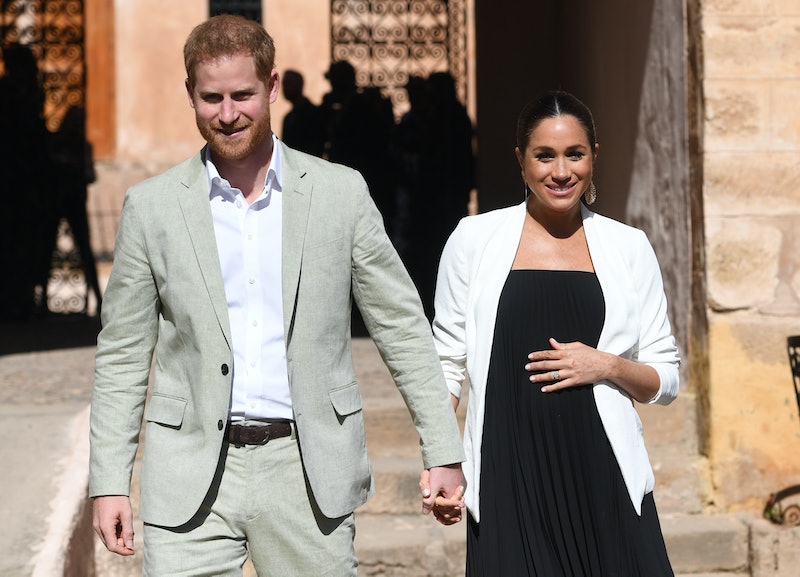 A new little royal family member is almost here, which means we'll soon get to find out what Prince Harry and Meghan Markle choose to name their baby. This is the most exciting part since babies don't do much of anything right away, and the Duke and Duchess of Sussex probably aren't going to be giving us a YouTube tour of their nursery. (Feel free to change your minds on that one!)

Because this name is such a big deal, there have been official betting odds on the potential names ever since it was announced that Markle was pregnant. In general, the names are based on ones that have been used before in the royal family and that have particular significance to Harry. As you'll see, Diana is a frontrunner for obvious reasons.

The names that have the best odds don't have much to do with Markle. It seems people tend to think that names from the royal family side of things will take precedence. But, this doesn't mean that the couple won't go with something from Markle's family or more out of left field, since there are some less traditional names in the royal family, too.

For example, the Queen's daughter, Princess Anne, named her children Peter and Zara, and they named their kids Isla and Savannah and Mia and Lena, respectively. Basically, not everyone has to be a Prince George Alexander Louis, but you're more likely to if you are almost certain to be king someday. Baby Sussex will be seventh in line to the throne — there's a lot more wiggle room there.

Still, the names with the best odds are pretty traditional, but a lot of them are pretty cute, too. Here's where the top 10 ranking stands only a few weeks before the baby is set to arrive, according to Oddschecker, which compares the odds from multiple betting sources. As you can see, people really think this is going to be a girl.

Number one on the list is Diana, which would clearly be in tribute to Harry's mother. This would also mean the baby would share a name with her cousin, Charlotte, whose full name is Charlotte Elizabeth Diana.

This name could be used in honor of Prince Harry's great-great-great-grandmother Queen Victoria... or Posh Spice.

Alice was the name of Harry's great-grandmother, Princess Alice of Battenberg, who was Prince Phillip's mother. Queen Victoria also had a daughter named Alice, and it has been used in the family more than once since then.

This one has been used a bunch of times in the royal family, too, including as one of Prince William's and Prince Louis' middle names. Will Markle and Harry use it as a first name considering Prince Louis was born just last year? The odds are still in its favor as the top boy name.

In 2013, The Guardian reported that predictions that Prince George was going to be named James were "in blind disregard of dynastic history," because in 1688, James II was displaced from the throne. Prince or Princess Sussex will probably never take the throne, so maybe this is less of an issue. The current #11 in line is also named James. Plus, Today reports that Markle also has a great-grandfather named James.

Queen Elizabeth II has had a quite a few grandchildren and great-grandchildren named after her, including Princess Charlotte, Princess Beatrice, Lady Louise, and Zara Tindall. Still, it would be a big honor if Harry and Markle went with Elizabeth for the first name.

One of Queen Elizabeth's middle names is Alexandra. This was also the name of King Edward VII's wife, Elizabeth's great-grandmother. Plus, "Alex" sounds pretty modern and not stuffy... if they're worried about that.

The name Sophia isn't unheard of in the British royal family, but it's not widely popular there. It is widely popular in the real world. In the U.S., Sofia was the fifteenth most popular girl name in 2017 and Sophia was number five.

It won't be long now before we find out what the couple decides on — Markle reportedly revealed that she's due in late April. Will they choose one of these names or will baby Doria surprise everyone?

More like this
Stormzy Defends Meghan Markle In Passionate New Song "Please"
By El Hunt
Meghan Markle Shared The Advice A “Very Influential” Woman Gave Her Pre-Wedding
By Sam Ramsden
Emily Ratajkowski & Pete Davidson's Astrological Compatibility, Revealed
By Nina Kahn
Dorinda Medley Has Holiday Hosting Down To A Science
By Brittany Leitner
Get Even More From Bustle — Sign Up For The Newsletter