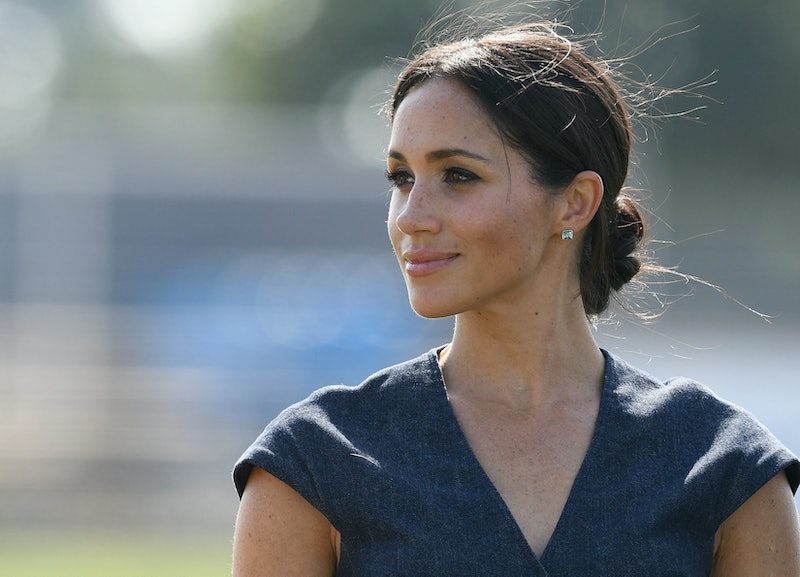 A video of Meghan Markle from 2012 has resurfaced in the light of the current protests for the Black Lives Matter movement. In it, she stands against a cement wall wearing a T-shirt that reads “I won’t stand for…Racism.” It was filmed for Erase the Hate’s “I Stand For…” campaign. Markle is of mixed race, born from a black mother and white father. In the video, she spoke about her own experience as a biracial woman in America and her experience with racism.

In the clip, Markle shares, “For me, I think it hits a really personal note. I'm biracial, most people can't tell what I'm mixed with, and so, much of my life has felt like being a fly on the wall. And so, some of the slurs I've heard or the really offensive jokes, or the names, it's just hit me in a really strong way, and then you know, a couple of years ago, I heard someone call my mom the N-word.” She adds, “I hope that by the time I have children that people are even more open-minded to how things are changing and that having a mixed world is what it's all about. I mean, certainly, it makes it a lot more beautiful and a lot more interesting.” While Markle wasn’t even dating Prince Harry at the time this video was filmed, she is now married and they share a one-year-old son, Archie.

Though this video was filmed in 2012, Markle has remained vocal on the issues that face this country when it comes to racism. Just last week, she filmed a video message to the graduating seniors of her high school alma mater, The Immaculate Heart High School, sharing that “the only wrong thing to say is to say nothing.”

While Markle’s T-shirt was made specifically for her, for the campaign, you can shop a similar one from Red Bubble, here.

Red Bubble I Won't Stand for Racism Classic T-Shirt
Red Bubble
More like this
10 Times Haley Lu Richardson Dressed Just Like Portia
By Dominique Norman
Twitter Memed Doja Cat's Red Schiaparelli Look & I Am Cackling
By Dominique Norman and Kelsey Stiegman
Kylie Jenner Wore A Stunning Corset Dress For Paris Couture Week
By Dominique Norman
15 Of Carrie Bradshaw’s Best Handbags From Sex & The City
By Dominique Norman
Get Even More From Bustle — Sign Up For The Newsletter
From hair trends to relationship advice, our daily newsletter has everything you need to sound like a person who’s on TikTok, even if you aren’t.