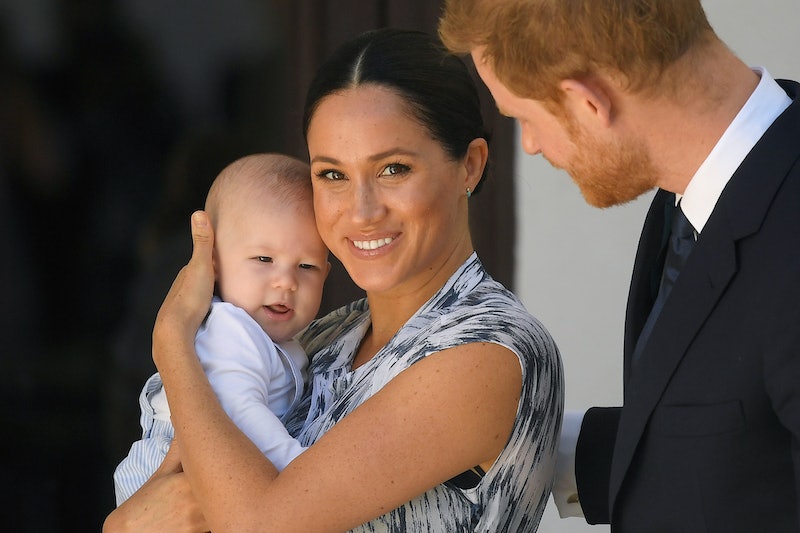 The Duke and Duchess of Sussex returned to London for the first time since stepping down from their roles as senior royals. The couple have been laying low in Canada since Christmas, along with their ten-month-old son Archie Harrison Mountbatten-Windsor. While those pictures of Meghan and Harry smiling in the rain may have captured the world's attention, we also learned how baby Archie is getting on.

The couple were in attendance the Endeavour Fund Awards in London, an event they have attended for the past three years. Harry was suited and booted, looking dapper in blue, and Meghan shone in a form-fitting crepe turquoise dress by Victoria Beckham. Claire Spencer – whose husband, Lee 'Frank' Spencer, was nominated for an award during the night – complemented Markle, saying she looked "amazing".

During their conversation, Markle revealed how Motherhood is going. "She said 'oh yes, well he is ten months now and is into everything,'" recalled Spencer.

Baby Archie remains in Canada, having not travelled with his parents while they complete their final round of royal duties. The news was said to be very disappointing for the Queen and the royal family as they have "seen so little of Archie since his birth", according to The Sunday Times. The Sussexes' nanny, and Meghan’s BFF Jessica Mulroney are said to be taking care of him.

Meghan and Harry's appearance at the Endeavour Fund Awards marks one of the last events they will be attending before they officially step back as senior royals on March 31.

This weekend looks pretty full on for the pair, as they will attend the Mountbatten Music Festival together on Saturday, and Meghan will celebrate International Women's Day on Sunday.

Their final UK engagement on Monday will see the couple be join the Queen and other senior royals at Westminster Abbey for a traditional Commonwealth Day service.