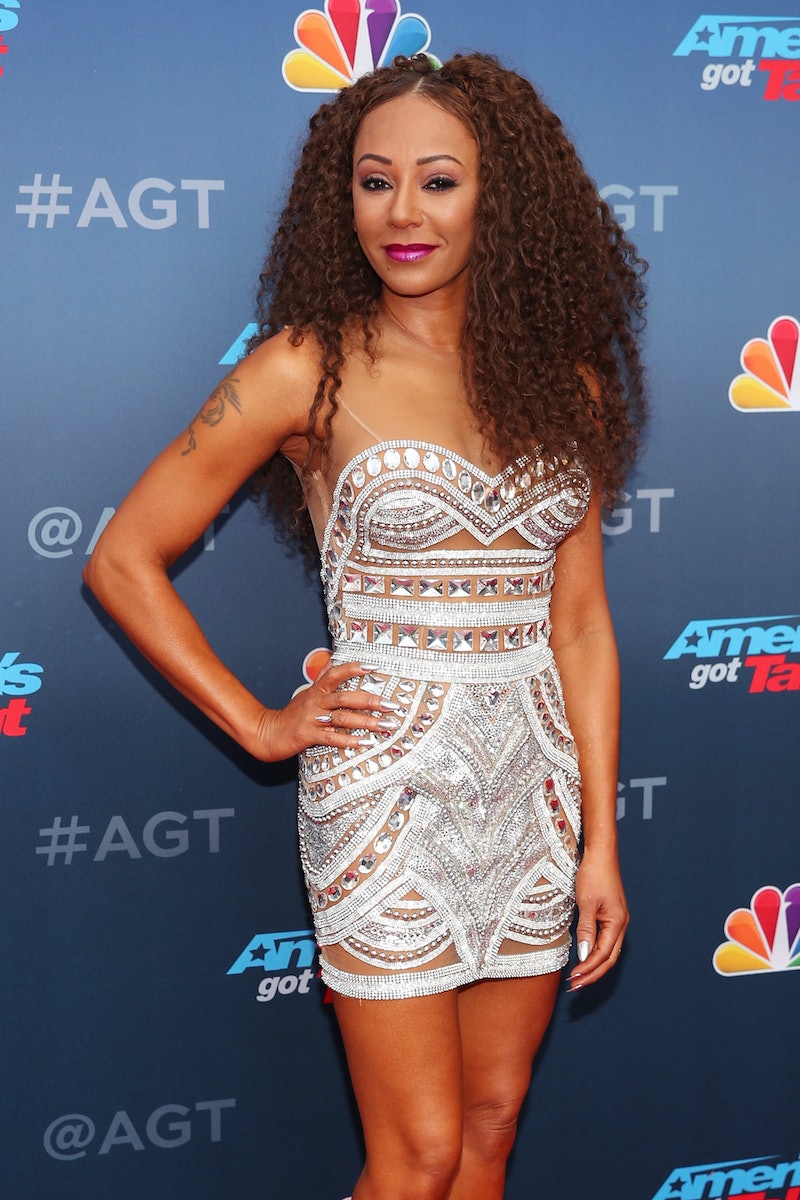 Mel B has shared her post-traumatic stress disorder diagnosis and her intentions to seek treatment. The Spice Girl and America's Got Talent judge told The Sun that she plans to enter a treatment centre in the UK, and hopes that by speaking out about her difficulties, she can "shine a light" on the experience of PTSD. Mel B is going to rehab, she told the newspaper, in order to tackle trauma and issues with alcohol. Here's hoping that by undergoing a therapy programme, the iconic singer receives all the support she deserves.

Mel B — full name Melanie Brown — told The Sun, "The past six months have been incredibly difficult for me." She explained, "I’ve been working with a writer on my book, Brutally Honest, and it has been unbelievably traumatic reliving an emotionally abusive relationship and confronting so many massive issues in my life."

Brown continued, "Sometimes it is too hard to cope with all the emotions I feel. But the problem has never been about sex or alcohol — it is underneath all that."

In the statement, Mel B said that she was undergoing Eye Movement Desensitisation and Reprocessing (EMDR), a type of psychotherapy. She said, "I don’t want to jinx it, but so far it’s really helping me. I am fully aware I am at a crisis point."

"I’m not perfect, and I have never pretended to be," Brown said. "But I am working on being a better version of myself for my kids, for my family, and for all the people who have supported me."

The singer's divorce from Stephen Belafonte was finalised earlier this month. In court documents filed in 2017, she alleged that Belafonte was abusive, and forced her to lie about any visible injuries, according to People. Lawyers for Belafonte "vehemently" denied the allegations, calling them "outrageous and unfounded," according to the BBC. The court battle, according to Brown, left her "financially battered"; she added that she was "at the mercy of the legal system which is completely weighted against emotionally abused women because it's very hard to prove how someone took away all your self-respect and self-worth."

She told The Sun that by discussing her struggle, she aims to "shine a light on the issue of pain, PTSD and the things men and women do to mask it." The singer continued, "I am speaking about this because this is a huge issue for so many people." Indeed, according to Patient, up to 3 in 100 people might develop PTSD during their lifetimes.

Symptoms of the illness, the NHS observes, include re-experiencing a traumatic event (through flashbacks, nightmares, and repeated mental and physical sensations), avoidance or deliberate "emotional numbing", a constant state of hyperarousal and inability to relax, and associated mental health issues including depression and anxiety. Concerned you might be struggling? Make an appointment to speak to your GP, who might refer you for psychological therapy, prescribe you medication, or offer a combination of both.

Brown will be entering a therapy programme within "the next few weeks", she told the Sun. By sharing her story, she's challenged the stigma surrounding mental illness; what's more, it's possible that others struggling with PTSD might recognise themselves in her story, and be inspired to seek treatment. Let's hope that with the proper support, Mel B is able to cope with and recover from her trauma.