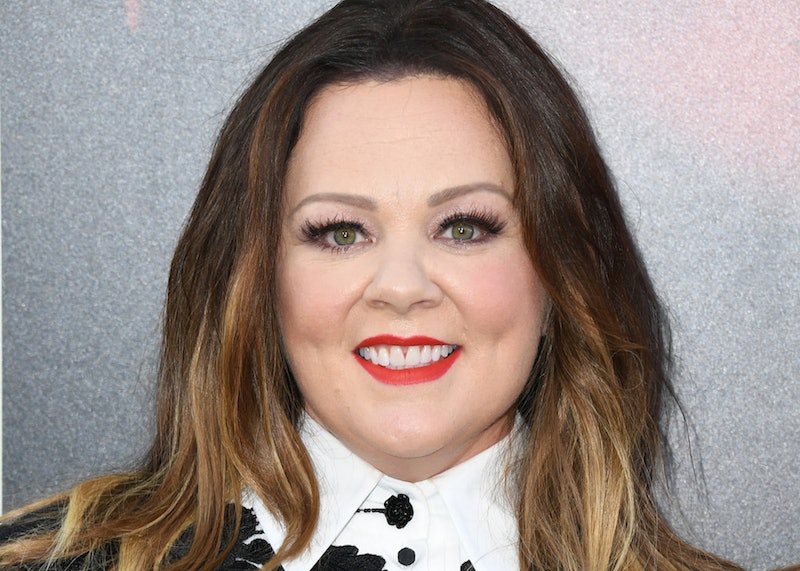 The Monterey Five may be no more, but what about the... wellness resort nine? Melissa McCarthy is joining Hulu's Nine Perfect Strangers limited series, which also stars Nicole Kidman. Based on the novel of the same name by Big Little Lies author Liane Moriarty, Nine Perfect Strangers will follow a group of nine stressed-out women who visit a wellness resort in an effort to reinvigorate their lives. David E. Kelley will serve as co-showrunner and writer on the limited series, and Kidman and McCarthy will be executive producers.

McCarthy will star as Francis, one of the titular women who visits the resort for a 10-day retreat. Kidman, on the other hand, will star as resort owner Masha, whose mission is to awaken the women’s “tired minds and bodies,” per Deadline. However, the nine perfect strangers ultimately get more than they bargained for in their transformation processes.

Kidman’s last TV credits include a role as Celeste Wright in HBO’s Big Little Lies, which helped her win a Best Performance by an Actress In A Television Series - Drama nomination at the 2020 Golden Globes on Sunday. The drama series followed a group of wealthy women in the idyllic beachfront town of Monterey, California as they become entwined in murder. As such, Nine Perfect Strangers’ narrative of seemingly “perfect” women at a health and wellness resort is bound to invoke comparisons to the drama.

While the possibility of BLL Season 3 may be unlikely, Kidman seemingly left the door open for the possibility. “David E. Kelley constructed this show with Liane Moriarty. They built it from the ground up,” she told Deadline in November 2019. “We’ll see if they’re ignited into building a life for these women, and which way they would go next. We’ll find out.” Nine Perfect Strangers — set to debut on Hulu in 2021 — will surely be a solid alternative for fans.

More like this
Everything To Know About The 'Daisy Jones & The Six' TV Series
By Maxine Harrison and Brad Witter
Linda Ronstadt’s “Long Long Time” Plays A Pivotal Role In The Last Of Us
By Brad Witter
Michael B. Jordan Tackled His "Public Breakup" With Lori Harvey On 'SNL'
By Brad Witter
Here’s What Happens To Bill & Frank In 'The Last Of Us' Video Game
By Brad Witter
Get Even More From Bustle — Sign Up For The Newsletter
From hair trends to relationship advice, our daily newsletter has everything you need to sound like a person who’s on TikTok, even if you aren’t.