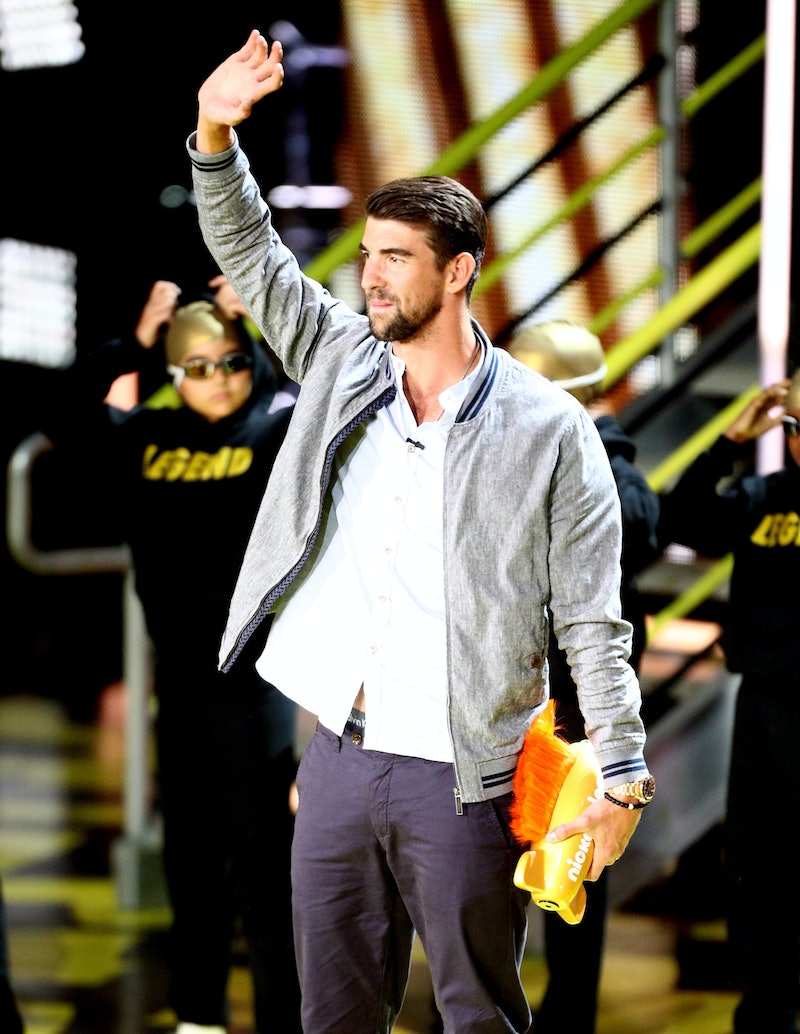 And, in Phelps' defense, the shark he's racing isn't exactly CGI. Yes, for safety reasons he's not actually in the water with the great white at the same time. But, the Shark Week specialists did film and record the top speeds of real great white sharks, which they superimposed with footage of Phelps racing. It was actually all pretty cool — and even cooler that Phelps wasn't that far off from beating the shark in the 100m race. The shark came in with 36.1 seconds and Phelps was just two seconds behind with a 38.1 second time. And, while Phelps may not have won, the Internet did win — because viewers had the chance to create a ton of jokes about Phelps and the shark.

Whether you agree with this tweet or not, "jumping the shark" is a great pun.

Inside The Shark's Brain

You know how they do.

I know that Phelps needed to stay safe and couldn't literally race a shark, but part of me still wishes he did.

Where were you when Phelps raced a shark?

Who Came Up With This?

Phelps needed all kinds of fancy swim tech to race the shark. But, the shark was just... a shark doing its shark business and being fast.

Phelps didn't win the race, but he did provide some great entertainment for meme makers on Twitter. And, in that way, we all won.