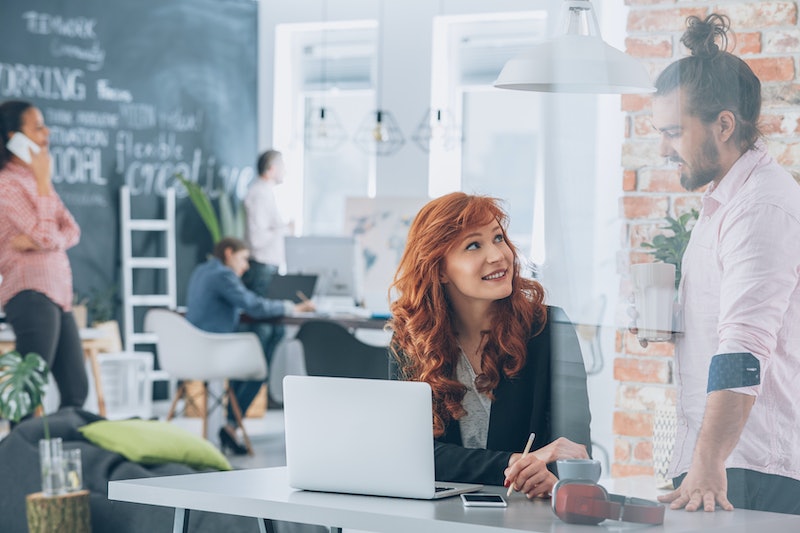 Have you ever looked up from your desk on a random summer day and wondered, Where are all my male co-workers this week? And last week? And the week before that? Well, a new study supports the theory that there's a gender gap in taking vacations.

CivicScience, a consumer intelligence research company, polled over 2,000 working U.S. adults on the subject of time off. As it turns out, 78 percent of respondents planned to use some of their vacation days this summer. And of the over 1,600 people who intended to take time off, 68 percent said they'd use the sum total of their vacation days this year. Income did seem to play a role in the out-of-office decision — people in the $50,000-and-under salary bracket were more likely to pass on summer vacation — but so did gender. Of the people who planned to use their vacation days, men comprised 56 percent of the all-in camp. Meanwhile, 44 percent of women said the same. Over half of women-identifying participants reported that they had no plans to cash in all their PTO chips.

I spent years of watching my male colleagues take vacation after vacation while the women worked overtime — and/or saw their PTO requests denied. And other surveys have drawn similar conclusions: Young women, especially, may feel more guilt around taking time off. And many non-male employees may be familiar with the worry that if they aren't visible in the office — if the higher-ups don't see them at their desks, in meetings, physically showing up and putting in the hours — then their names might not arise in conversations about promotions, pay raises, the delegation of daily duties. According to Think Progress, women get promoted at 34 to 47 percent of the rate men do. With that in mind, it's not outlandish to fear that less face time might mean limited workplace success. And that, in turn, might help explain the vacation-taking trend.

"It reminds me of the 'work twice as hard to seem half as good' idiom," Eden King, an associate professor of psychology at Rice University, who focuses on workplace discrimination, tells Bustle. Noting that CivicScience's survey results may have something to do with the sample they selected, she suggests two possible explanations: En masse, women make less than men do — on average, 80 cents on the male dollar, although that figure looks even bleaker for women of color — and may also find themselves obligated to "compensate for bias," as King puts it.

"Women may need to work extra hours to earn the same amount as men, whether to make ends meet or to be able to afford trips and vacations," she says. "With regard to the second explanation, women sometimes work harder, more, or differently than men to overcome perceptions that they are less competent or committed. Foregoing vacation, from that perspective, may be a strategy that some women use to overcome stereotypes that inhibit their advancement."

The report itself notes that the data alone can't tell us anything about the reason for the disparity, but notes that, "if all things were equal," we wouldn't see a gendered split in vacation time. And that's deeply unfortunate, because the fact that things aren't even close to being equal means that those of us who don't identify as cisgender men could really use a break right about now.

More like this
5 Ways To Stand In Solidarity With Women In America From The UK
By Sophie McEvoy
How To Fight For Reproductive Rights, Based On How Much Time You Have
By Courtney Young
Why You're Seeing Green Bandanas At Abortion Rights Protests
By Lexi Inks
6 Abortion Advocates To Follow On TikTok
By Sara Youngblood Gregory
Get Even More From Bustle — Sign Up For The Newsletter