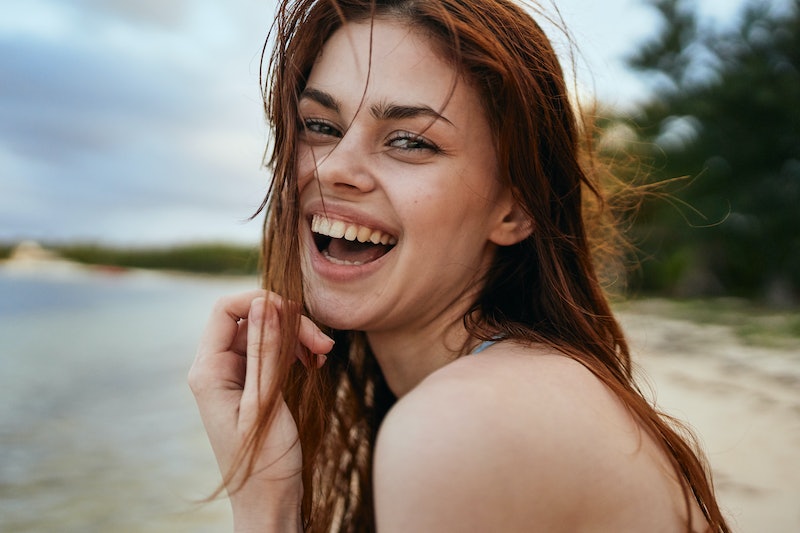 I know it's already August and pumpkin spice latté season is way too close for comfort, but TBH, I feel like summer has only just begun. Why? Well, duh: Because we are finally out of that straight-up brutal summer 2019 Mercury retrograde period that raged through our summer from July 7 through July 31. Oh, how three and a half weeks can feel like an eternity. But hey, we survived! It's Leo season, so we're lookin' good, feelin' good, and ready to embrace the power of the mid-summer sun. Can you dig it?

However, dear star babies, we mustn't forget the inevitable post-retrograde transit that's just arrived: Mercury retrograde summer 2019's post-shadow period, also known as Mercury retroshade, which will go on through Aug. 15. Bustle spoke with astrologer Lisa Stardust about what to expect. "The 'retro-shade' period usually lasts two weeks before and after Mercury retrograde," explains Stardust. "This time, we will be moving from Cancer to Leo, retracing the steps from June 20th. We are getting the chance to revise drama and issues caused in relationships during the next few weeks." And after two weeks, the planet will emerge home-free in the sign of Leo and finally be on its retrograde-free and retroshade-free merry way.

Bustle also spoke with astrologer Jake Register, who shed some light on the retrograde cycle, sharing that "the post-shadow period lasts for a couple of weeks and it’s basically like your brain is waking up again." Let me further break this one down for you, if you're not already aware: When Mercury goes retrograde, it appears to be moving backward in the sky (this period usually lasts a few weeks). But before and after each retrograde period is what's called a retrograding planet's shadow period, and those last about two weeks each, both pre- and post-retrograde. This summer's Mercury retrograde post-shadow period begins on July 31, as soon as Mercury stations direct. During this period, the planet of tech, communication, and intellect will be moving forward, albeit over the same path that it already went over (and back over) during the previous retroshade and retrograde. Make sense?

During the actual retrograde, we slow down: "Mercury retrograde is like mental down time where the way you think, communicate, etc. gets put on hold so that you can review everything you’ve learned, said, and done since the last retrograde," explains Register. "The conscious mind slows down and the subconscious/unconscious information you’ve soaked in before the retrograde start bubbling up to the surface — consequences from the things you’ve said and done in the past come around, old relationships/projects that were never finished come back, and it’s a period of time to figure out where you need to cut ties and relinquish people/things from your life."

But during the retroshade, it's time to integrate. "The post-shadow period is that 'aha!' moment where you finally GET what it is you should bring back into your life or kick to the curb, and it’s a period where you’re able to do that and free up space in your life for bigger and better things," continues Register. "Your regular thought processes speed back up, you’re able to clearly communicate again, and you don’t have to worry (quite as much) about electronics glitching, your car breaking down, communication issues, scheduling mishaps, etc."

The astrological implications of the retroshade tell us we're not out of the woods when it comes to Mercury's tricks. This particular retrograde period taught us a lot of lessons about submitting to our destiny and changing course if we're headed down the wrong path, and it also brought us quite the handful of emotional instability (this is all in addition to the usual Mercury retrograde induced mishaps). So while Mercury is officially direct now, that doesn't mean its functioning at its highest potential. "We will get caught being 'shady' and in the act for past actions — beware of others and keep your ears and eyes open!" warns Stardust.

"Mercury direct on Wednesday, July 31, 2019 ... carries on the challenging theme, though not to the same extent as the first two Mercury retrograde phases," explained Astrology King on its site. "So while there will still be intense debates, there is much less likelihood of threats, intimidation and other forms of psychological abuse." The energy of the retrograde is certainly letting up and isn't going to feel as intense. However, the site also warns that "propaganda, secrecy, mind control, superiority complexes, and obsessions are still possible," so like I said, we're not out of the woods.

This retroshade period begins in Cancer and ends in Leo (the two signs that Mercury retrograded through over the past month), and that's significant as well. "In Cancer, where [Mercury] is now, you’re pushed towards reworking the way you think about your feelings, how you intellectualize your emotions, and how you convey and communicate them to others," explains Register of this transit. "Once Mercury re-enters Leo, you’re called to think about yourself, your ego, self-expression, personal goals, and what inspires your vision of the future. It’s likely that many relationship issues will be concluded over the next couple weeks (even if that means you’re breaking up) and you’re figuring out who/what is best to keep in your life and will support your emotional well-being and personal goals." Changes have already begun taking form, and the retroshade will simply help us realize and synthesize them.

The retroshade serves a purpose here. It acts a buffer for us, and gives us a chance to integrate the lessons that we learned from the retrograde without moving forward at full force and potentially losing sight of some things along the way. This particular retroshade is going to be an ideal time to do some self-work, and work on your partnerships with others. If you've been struggling with clear communication (a classic symptom of Mercury Rx), now's a good time to dip your toes into healing and focus on expressing yourself in healthy ways — as well as making sure you're not interpreting other people's words and actions the wrong way, either.

This whole summer has been astrologically intense: Mercury retrograde was brutal, and combined with the fated, destiny-tweaking energy of the series of eclipses that took place in June and July? It's a lot. But we should embrace the energy of the retroshade and appreciate that its here to make sure we remember to press "save" on all the retrograde-induced upgrades, we can make the most of it.