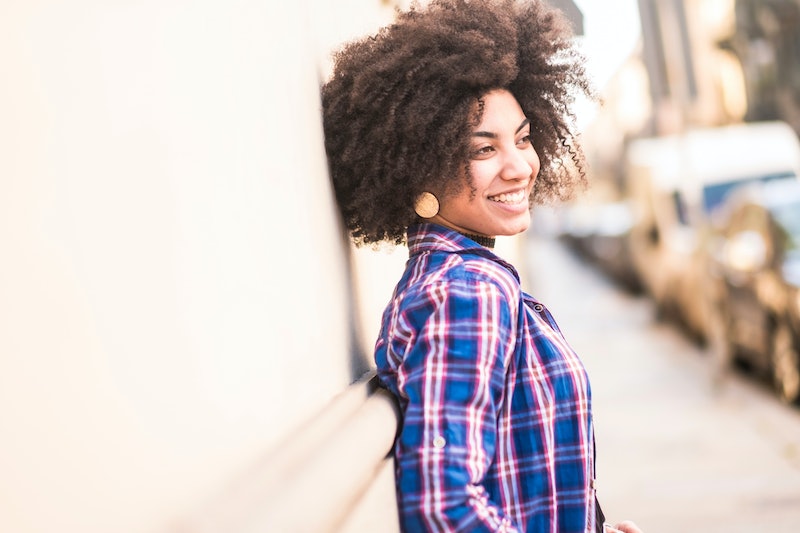 Most of us know about Mercury retrograde and its hijinks. It's a time to hide your phone, cancel all plans, and tape your mouth shut — cause when the planet of communication, tech, and travel takes a backspin, so do those said areas of our lives. I'm only kidding about those drastic measures (well, sort of kidding), but Mercury retrograde summer 2019 started on July 7, and so it's helpful to be prepared as to what to expect.

Mercury retrograde will barrel through our lives up through July 31 and bring with it the usual dramas: Tech breakdowns, miscommunications of all sorts, travel delays, and more. Fun! But did you know the signs that Mercury begin and end in during a retrograde period also affect the nature of the transit? This summer, Mercury will kick off its retrograde in the showy and glamorous fire sign of Leo. From there, it will appear to move backwards on its elliptical. reviewing its recent path, all the way into the sensitive and emotional sign of Cancer, where it will station direct again three and a half weeks later. It's going to be important to know what it means that Mercury retrograde is starting in Leo ending in Cancer zodiac signs this summer, cause it's not your average run.

Bustle chatted with astrologers Lisa Stardust and Maia Orion to get the dish on what to expect with this upcoming retrograde. Let's start with how Mercury functions in Leo: "Mercury in Leo is known to be a tad extra," explains Stardust. Leo is the zodiac's number one show-off. It loves attention and drama — and it's no surprise, given that its ruling planet, the Sun, happens to be the bright, hot center of our universe. "When thinking about Leo, we think of the lion and his mighty roar," adds Orion. "We think of the star of the show, and a star is perhaps a bit dramatic at times, but happy to share their voice with others."

So how does this energy manifest when Mercury is backspinning? "When retrograde, it adds drama and flair to communications," explains Stardust, "Mercury in Leo is ferocious and roars a lot. The retrograde phase may make people more feisty and more agitated, especially during the two eclipses (which this transit falls between)." Expect to feel a little more theatrical in your expressions.

Now moving onto Cancer, where Mercury will end up by the end of its summer retrograde journey. "Mercury in Cancer likes to conceal truths and is a mute sign," explains Stardust to Bustle. Cancer is represented by the crab, which has a hard outer shell to protect its sensitive inner self. "When we think of Cancer, we think of the crab and it’s protective shield," shares Orion. "We think of it’s shell covering its tender and sensitive insides, and it’s comfort in this home." Cancer loves to take solace in safe places, and since it's ruled by the moon, its moods can shift as quickly as the lunar phases.

"When retrograde, Mercury in Cancer isn’t the most honest and open," warns Stardust. This is simply due to a Cancerian need to protect its sensitive, emotional insides at all costs. "Mercury in Cancer sees the world from a different perspective," continues Stardust. "Crabs crawl side to side. Therefore, our view on matters may be skewed during the retrograde period."

That all said, expect for your energy and communication style to majorly shift during the duration of the retrograde period. It kicks off high-drama and all fiery-passion in Leo, but we'll likely find ourselves retreating inward toward the end. "[T]he retrograde will begin on a more dramatic and vocal note. While retrograde, Mercury’s energy will be reflected in the form of self reflection, as opposed to outward forward motion," shares Orion with Bustle. "When Mercury enters Cancer, a more sensitive and more emotional side [of ourselves] — a side that’s less outwardly vocal, but perhaps finds great strength in journaling it out, and in experiencing the emotional waves — will emerge."

It's going to be extra important for us to stay present with our feelings, be absolutely impeccable with our words, and be careful not to let our emotions get the best of us during this transit. "[W]e are going from over the top proclamations of feelings to a place where we may deny and hide the sentiments we expressed," explains Stardust. "Therefore, it’s important that we use our words and speak from the heart." Both Leo and Cancer can be really emotional signs. Leo is super passionate and full of heart, albeit a tad dramatic, so we might be feeling hot-headed and high-drama in the way we communication at the start. This is a tough contrast to the crabby Cancer vibe, which can be clandestine about its feelings and super sensitive to any miscommunications.

But there's a light at the end of the tunnel. Once Mercury goes direct again, we'll be feeling much more grounded and able to express ourselves with ease. "[W]hen Mercury stations direct and clarity resumes, Cancer’s sensitivity and emotional depth will be expressed in Mercury’s communicative forward motion," explains Orion. "But this time around, your past will help teach you and give you guidance, lighting your way into your future." Bring on the teachings, planet Mercury! If we're willing to ride the retrograde wave, we'll find that we can use the passionate energy of Leo and the sensitive energy of Cancer to our advantage.

More like this
Are Gemini & Gemini Compatible In A Relationship?
By Kristine Fellizar
5 Crystals To Lower Your Anxiety
By Megan McCarty
5 Crystals To Manifest Better Sleep
By Megan McCarty
Rihanna & A$AP Rocky’s Astrological Compatibility Proves They'll Be Amazing Parents
By Nina Kahn
Get Even More From Bustle — Sign Up For The Newsletter