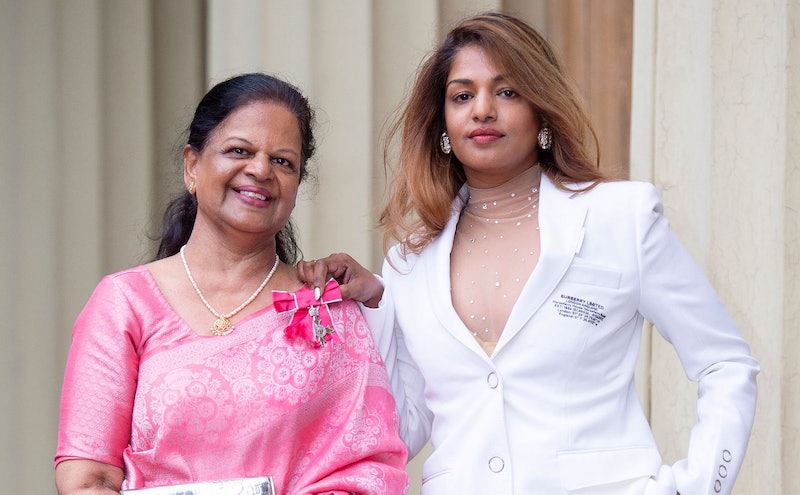 While an MBE medal is undoubtedly a very special memento for anyone who receives it, when M.I.A was awarded hers on Jan. 14, there was a little something extra for the British rapper to be excited about. In one of the sweetest stories of 2020 so far, it turns out M.I.A's MBE had actually been stitched by her own mum.

We all pay attention when one of our favourite stars is awarded an MBE, CBE, or OBE – or when they refuse the accept the title altogether. But how often do we pause to think about how the medals given to nominees are actually made?

Well, as an Instagram post from M.I.A has revealed, the medals awarded to honourees are actually hand stitched. After the announcement was made about her MBE in June 2019, M.I.A wrote: “I'm honoured to have this honour, as it means a lot to my Mother. I want to honour what my mum spent many hours of her life doing! She is one of the two women in England who hand stitched these medals for the last 30 years.”

The caption went on to explain the story behind her mother's unusual job:

“After receiving asylum my mum and cousin took this job in 1986, because it was the only non English speaking manual labour she could find. She spent her life in England hand sewing thousands of medals for the Queen. No matter how I feel or what I think, my Mother was extremely proud of the job she had. It's a very unique situation for me where I get to honour her most classiest minimum wage job ever.”

In a phenomenal turn of events, M.I.A rocked up to Buckingham Palace to receive her honour from Prince Charles with her mum by her side. Speaking about the event on Instagram, the rapper said: “Today I'm accepting this in honor of my mother who worked for minimum wage to give us a better life. As a working class first generation immigrant it's great to be recognised for my contribution.”

“Having freedom to speak my truth and to do it through music has helped me speak for those who do not have those privileges. I will continue to fight for those who are silenced or persecuted by others. Btw mum loves the new saree pin that she made with my cousin.”

M.I.A has been honoured not just for her long standing career in music but also her activism on speaking out about diversity and opportunity. An MBE media is a pretty rare thing to receive, but receiving one that your mum made? Now that's really something.