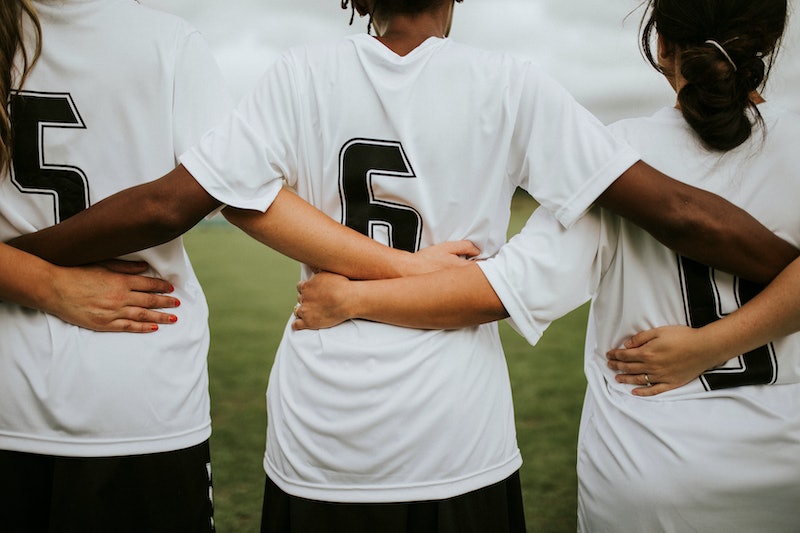 Everyone who ever suffered through middle school physical education (PE) requirements, rejoice in science proving what you always knew: middle school fitness exams do not help you become or stay physically active as an adult. And in fact, just as these exams piss a lot of students off, they also reinforce sexist attitudes about fitness levels. According to a new study published in the journal Physical Education and Sport Pedagogy, fitness exams don’t have positive impacts on students, but they may promote gendered differences in attitudes toward fitness.

The study compared the results of nearly 300 middle schoolers’ PE exams with their answers on surveys regarding their attitudes and emotions (including anger) toward PE. The participants were split nearly 50-50 in terms of gender (gender data was only collected using the terms “boy” and “girl”, so data for non-binary students is unknown). In addition to studying the students’ attitudes toward PE in general, the study was careful to take note of gendered differences in students’ responses to PE exams.

The participating students didn't like fitness any better, or know more about it, as a result of the PE exams. The study concluded that this lack of engagement and knowledge comes from the fact that PE exams are often given to students in a vacuum. In other words, the exams are absent any context, rationale, or integration into a broader fitness curriculum: in other words, they aren't presented to students with any consistent rhyme or reason. Therefore, the study concluded, students lack the necessary context to actually internalize any fitness-positive attitudes from the exams.

However, students do internalize a lot from the exams. According to the study, students who were able to complete more laps in the cardiovascular endurance component of a PE test reported fewer feelings of anger toward PE. This implies that students whose bodies are able to more easily run a lot of laps are favored in PE, and students who have more difficulty with these components are given more emotional baggage to cope with. The ableism in physical education is clear here: body shaming and ableist standards that privilege some bodies while punishing others don't start in gym class, but they certainly don't end there, either.

Disproportionate experiences of angst associated with PE coexist with disproportionate feelings of self-satisfaction in PE. In the study, students’ reports of different emotions responses to their PE exam performances revealed extremely gendered dynamics. For example, girls that performed well on the sit-and-reach test (meant to measure flexibility) reported favorable attitudes and feelings towards flexibility, while boys who performed well did not report similarly favorable attitudes about their success.

This gendered reaction to fitness implies that girls are taught to be proud of their flexibility, while boys internalize a lack of pride in flexibility, perhaps because this flexibility is often presented as feminine and feminizing. This important piece of data offers an insight into the ways that girls are discouraged from being strong in PE, while boys are discouraged from being perceived as effeminate or gay by mastering pieces of PE exams such as the flexibility component.

A 2013 study published in The International Journal of Psychology revealed that perceived masculine ideals impact how students interact with PE classes and sports participation more generally. The study concluded that boys in PE classes experience pressure to perform suitably “masculine” strengths — lest they be bullied for being gay — while girls experience pressure to perform “femininity” (which often translates into not demonstrating physical strength) for the same reason. And though these studies do not discuss trans and non-binary children, it is safe to say that children who identify with a gender outside the binary also experience these pressures, perhaps even more so than their cisgender peers due to heteronormativity and transphobia in physical education.

The gendered differences revealed in this new study serves as further proof that PE classes have unequal impacts on students based on various aspects of their identity. Further studies into the relationship between identity development and physical education classes are needed, but one thing is clear: students deserve PE classes that cater to their specific needs, rather than holding them to universally abled, gendered standards.